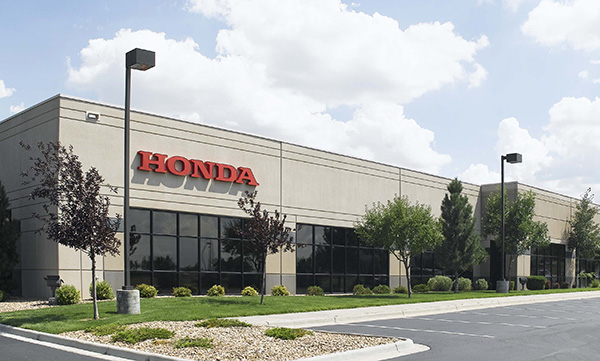 “Griffin Partners has targeted Denver over the last two-plus years to make strategic investments that would plant a flag for the Griffin name in Denver,” said Andrew Montgomery, the company’s executive vice president for acquisitions. “It was a deal that fit for all parties and accomplished our objective of planting a flag, and a rather large one, with 10 buildings and half-a-million square feet.”

The buy included a three-building office park totaling 175,287 square feet at 345 Inverness Drive South. It also included the seven-building Arapahoe Business Park and its 309,450 rentable square feet. Hines REIT was the seller for both properties, which were built between 1998 and 2001.

Montgomery previously worked for Hines, handling acquisitions for the real estate giant in the Southwest. He said his familiarity with Hines was instrumental in getting the Denver deal done.

“When we heard of this portfolio coming on the market, I reached out directly to the ownership group,” he said. “We were able to close the deal because of the existing partnership we have with Investcorp, coupled with my relationship with the seller and the brokers.”

Newmark Grubb Night Frank brokers David Lee, Jason Addlesperger and Dave Tilton worked the deal on the seller’s behalf. The same team also handled leasing for the portfolio under Hines’ ownership and will continue marketing the property for Griffin Partners and Investcorp.

Hines had owned both properties since January 2009, when it bought them in three transactions.