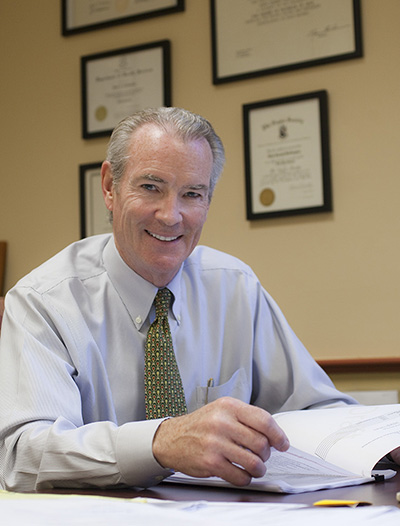 John Reddington started as CEO of the Morris Animal Foundation on May 17.

Reddington received his veterinary degree in 1988, but after he realized how hard it was to find funding to research animal health, he spent nearly 30 years developing drugs for humans instead.

“I had to go to the dark side, so to speak,” said Reddington, 61. “The money wasn’t and isn’t available to support animal health initiatives.”

Now Reddington will head one of the few foundations that funds medical research only into diseases affecting pets as well as wildlife such as primates, reptiles, amphibians and marine creatures.

This year, Morris-funded researchers are looking for a cure for peritonitis in cats, bone cancer in dogs and pneumonia in horses. The foundation funds about 300 studies at outside research institutions at any given time, grants research stipends to veterinary students and has housed a lifetime study of 3,000 golden retrievers under its own roof since 2012.

“We’re not limited in the projects we’d like to fund,” Reddington said. “The limitation comes in our ability to fund them. The foundation does have an endowment, but we do also rely heavily on donations.”

Started in 1948 using the royalties from a pet food invented to treat kidney disease in dogs, the Morris Animal Foundation reported $11 million in revenue and $86 million in assets for the tax year ending June 2014, the most recent year for which records are available.

Many supporters are from outside Colorado. This past year, in-state donations accounted for just 13 percent of all revenue, the nonprofit said. It has 34 full-time employees, most in Denver.

To increase donations, Reddington said he wants to meet the foundation’s trustees, donors and volunteers, and work on a plan to teach people about the research their donations could fund.

“Awareness is a good deal of what we need to do, because that will lead to more donations and that will lead to an increase in our endowment in the long run,” he said. “I can’t begin to tell you the number of people surprised to hear that cats get diabetes or dogs get cancer.” 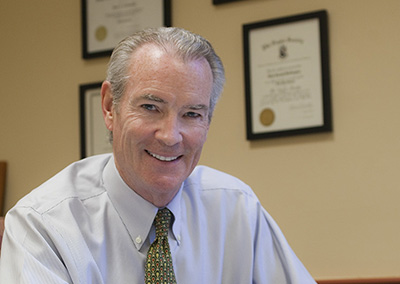