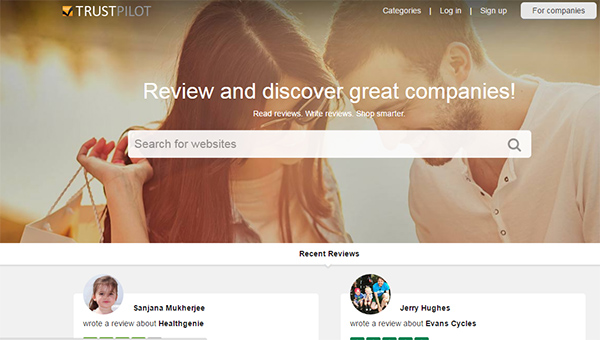 With a pilot office already running downtown, a customer-review company is working on landing a permanent Denver home.

Trustpilot, a Denmark-based business-review site, opened a temporary Denver office this week, with plans to expand to about 40 employees and settle into a new LoDo office by early next year.

“We vetted a few cities across the U.S., but I think the biggest reason for settling on Denver was the booming tech scene,” Kinet said.

Trustpilot, which raised $74 million in 2015, hosts customer reviews for ecommerce businesses. As Kinet described it, Trustpilot wants to be the go-to site for customers to vet an online vendor, much like a foodie would check out a restaurant on Yelp or a vacationer would preview a hotel on TripAdvisor.

“There’s going to be a day in the future when before you make any purchase online, you would go to Trustpilot and validate the reputation of the business you’re about to make a purchase from,” he said.

Denver is Trustpilot’s second U.S. location after the company opened a New York office in 2014.

Trustpilot’s Denver office is a 10-desk workspace at WeWork in Union Station’s Triangle building. Trustpilot will hop across the river to a 19-person suite at WeWork’s Platte Street location as soon as that space opens. Kinet expects the move will happen in a couple weeks.

But Trustpilot already is looking to grow out of WeWork and into its own office. Kinet said Trustpilot plans to stay in LoDo and is looking for about 10,000 square feet of space. Cushman & Wakefield brokers Steve Billigmeier and Rob Bain are in charge of the site search.

“We’re currently keeping an eye on the market to see as things become available,” Kinet said. “WeWork also has a 32-person suite we could scale to, and that could take us to the end of the year when we’ll have 38 or 40 employees.”

Trustpilot had eight Denver-based workers, all in sales. Some are new hires and three moved out from the New York office, Kinet said.

For now, Trustpilot is focused on building out its Denver-based sales team, but Kinet said the company likely will add customer-services employees as the sales side grows. His plan is to have about 80 employees in Denver by the end of 2017.

“Primarily it will be a sales office,” Kinet said. “But moving into the future, depending on our growth, obviously it would make sense to have more of the supporting functions out here like account managers and people on our customer-success team.”

With a pilot office already running downtown, a customer-review company is working on…