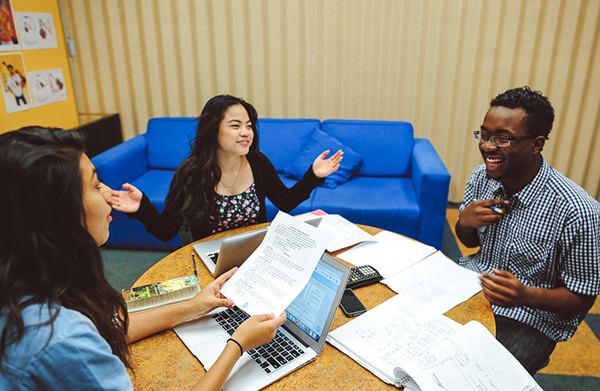 A nonprofit that aims to guide first-generation college students from their first day of high school through undergraduate commencement is opening a second Colorado location in Denver this fall.

College Track, which is based in East Palo Alto, Calif., and has operated a site in Aurora since 2011, will open on the first floor of Lincoln High School.

“It’s not driven by, ‘If we get funding, we’ll go into Denver,” said Eddie Koen, College Track regional executive director. “Instead we ask, do they need us and do they want us?”

Lincoln is exactly the kind of school College Track is set up to help, Koen said: Just one of every 100 students there will graduate from college. Lincoln’s student body is mostly minority and qualifies for reduced-cost school lunches.

College Track then keeps up with the kids while they complete their undergraduate degrees, helping them to plan courses toward their majors and awarding scholarships to students that improve their GPAs and reach community-service targets.

The need for those kinds of services was so clear to Denver Public Schools that DPS wanted College Track to start a program at Lincoln High School a year ago, but nonprofit opted to take more time.

Koen said this neighborhood has seen nonprofits come in and promise an educational turnaround, then fail when they don’t meet local students’ needs or run out of money – and College Track wants to be different.

Among other things, College Track spent the last year getting to know teachers and other nonprofits involved in the local education scene. And the nonprofit has financial runway: It’s raised $1.8 million of the $2 million needed to sustain this location for the next 2 1/2 years.

But the plan is to be in and around Lincoln High School for far longer, since College Track will work with a group of students for about 10 years. (DPS has agreed to donate the space to College Track for at least the next five years, Koen said.)

College Track launched in 1997 in Palo Alto and has eight locations in three states. While College Track initially considered moving into Denver, the nonprofit discovered that college prep services were just as needed in Aurora.

Koen started in 2014. Under his tenure, he said, the nonprofit now has a more diverse group of funders that includes the Colorado Department of Higher Education, the Denver Foundation and the Anschutz Foundation.

College Track Aurora has a staff of five full-time employees, plus part-time staff and tutors. The nonprofit has hired a director and is looking to hire two more people to work at the Denver location in this calendar year, Koen said.

College Track will renovate its new space, now a classroom and a band room. Koen said he doesn’t want kids to feel like they’re in a school lecture hall – the space will have comfy couches and places to work in groups.

“In fact, it’ll feel a little bit like they’re in a university lounge.”

Lincoln is exactly the kind of school College Track is set up to help: Just one of every 100 students there will graduate from college.