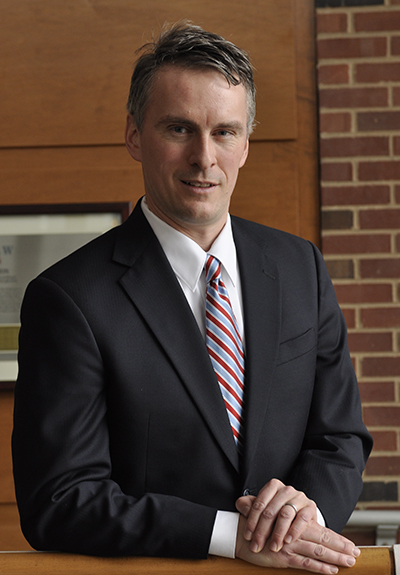 Grooming grads for law firms, courts and companies under pressure to reduce costs are at the top of the list for the new head of the University of Denver’s law school.

Bruce P. Smith, previously dean and professor at the University of Illinois College of Law, will take over the top spot at the Sturm College of Law in July. His other high priorities include attracting more non-lawyers and part-time students by growing degree programs other than the three-year J.D.

“This law school has been an extremely innovative leader in responding to what have been quite dramatic changes in the legal profession over the past decade or so,” he said. “It’s been described as the ‘more-for less’ challenge: Legal employers are expecting more from legal graduates.”

Since 2008, Smith said, many law firms have slimmed down summer associate programs to fit fewer students. And corporations and government offices also have cut on-the-job legal training to save cash.

But Smith thinks DU is well-positioned to fill the resulting gap, because it already tucks business and finance courses into law school, and has been teaching non-J.D. master’s programs since the 1970s.

He’s also convinced Denver’s economy has the right mix of employers to hire students, with federal and state government, corporations, startups and law firms all seeking prospects with legal acumen.

Smith has been a tenured professor at the University of Illinois since 2006, serving as dean from 2009-14. In the private sector, Smith represented the NFL and other pro sports leagues at Covington & Burling in Washington, D.C. He holds a doctorate in history and a law degree from Yale University.

Smith said one thing pulling him to DU is the strategic plan it approved in January, which emphasizes combining multiple areas of study into interdisciplinary programs and expanding access to education.

Both of those components will make legal education better, Smith said. For example: If you’re a law student that wants to work for startups, he explained, a program such as DU’s Project X-ITE that combines engineering, computer science, business and law is a perfect fit.

And as for access to law school, Smith said Sturm needs to keep building programs that work for students that can’t do a full-time J.D., in the same way that DU’s business school has six-month certificate programs and options to study part time in addition to a full-time MBA.

According to its website, Sturm already offers a master’s of science in legal administration to teach lawyers to manage things such as finance or human resources at a law firm, as well as a master of legal studies degree for nonlawyers. Both can be completed on a full-time basis or part-time basis.

And Smith points to an independent think tank called the Institute for the Advancement of the American Legal System, which is housed at DU and researches ways to reform legal education, as a sign that DU has the resources to keep experimenting with similar programs.

But access to legal education is also a matter of money, he added. Luckily, Smith has funded a few scholarships in his time. In five years, he raised about $50 million as dean of the law school at the University of Illinois.

“As a practical matter, the barriers to education that affected women and minorities have broken down,” Smith said. “But cost remains a very important piece.”