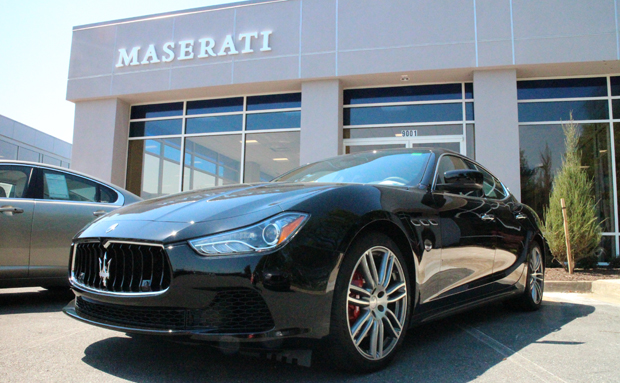 Three sleek Italian car brands soon will touch down at a new $15 million dealership just off C-470 in Highlands Ranch.

Mike Ward Infiniti is building a new dealership next to his Infiniti outfit at C-470 and Lucent Boulevard to add Maserati, Fiat and Alfa Romeo to its fleet. Owner Mike Ward locked up the three new franchises last year as those automakers push to expand in the United States.

“These are really up-and-coming brands that people don’t really know about,” Ward said. “When you think Maserati, everyone thinks it’s a $200,000 car when in fact they’re becoming affordable.

“They’re reliable, low-maintenance, all-wheel drive and just incredible to drive,” he said, adding that a 400-horsepower Maserati sedan can be driven off the lot for $78,000.

“They’re also bringing out an SUV this fall that will start at $72,000, and it should sell really, really well in Colorado,” Ward said.

Maserati and Alfa Romeo will share a showroom floor of the 42,000-square-foot dealership. Fiat will have its own showroom. The new building also will have a separate department for service and parts. 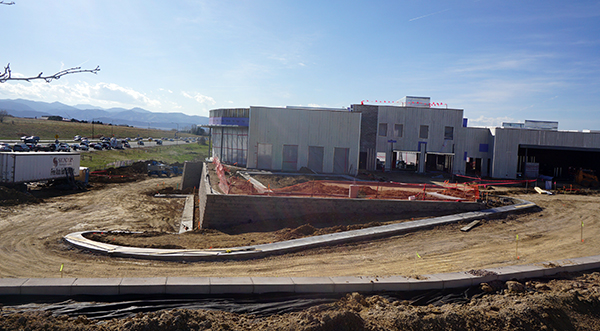 A recent shot of construction. Photo by Burl Rolett.

Ward signed all three deals last spring and started selling those brands from a temporary dealership on site at the Lucent Boulevard complex in the summer. Ward picked up the Maserati franchise after a Denver Ferrari dealership lost it, Ward said. There is one other Maserati dealership in the region, in Broomfield.

The other franchises are for new dealerships. There are two other Fiat dealers in the Denver area and one other Alfa Romeo dealer.

Ward said his dealership’s visibility and accessibility from C-470, and an enviable demographic surrounding the dealership, helped him win the franchises.

“I was able to acquire the franchise, I think, based on reputation, customer satisfaction and I think location didn’t hurt at all either,” Ward said. “I would venture to say it’s the best location in the state.”

Alfa Romeo last was in the United States about 20 years ago, Ward said, and is making a comeback.

“They’ve been in Europe and other countries for years,” he said. “And their main goal is to compete directly with BMW and Mercedes, and bring in a car with price points starting in the $40,000s and moving up to about the $80,000s.”

Architectural Workshop is designing Ward’s new dealership. Saunders Construction, which built the Infiniti dealership in 2011, is the general contractor. Colorado State Bank and Trust is providing the construction loan.

If everything goes according to plan, Mike Ward Maserati will be in its new home in August. The company has about 100 employees, and Ward said he’ll eventually staff up to 120 or 130.

But even with the new dealership complete, Ward said Infiniti still will drive the business. He estimated he’ll do about 70 percent of his sales on Infinitis and 30 percent on the three new brands.

“I’ll be able to carry a pretty large inventory based on the size of the building and the square footage of the lot, but sales are to be determined,” he said. “These are all new brands. Even Fiat has only been in the city for the last three years.”