The leaders of a Denver-based cybersecurity company that filed for bankruptcy five months ago have regrouped under a new name and raised $1.8 million. 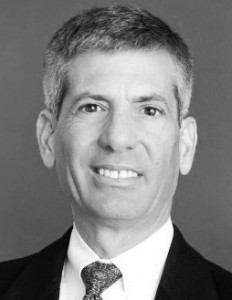 “We’re trying to get back to the path that we were on,” said Russell Cohen, one of the managers that bought One World Labs and turned it into OWL. “And clearly we need a bigger group of people to do that.”

OWL Cybersecurity alerts clients if stolen information resurfaces on the dark web, a corner of the Internet that search engines such as Google don’t index and which users can surf anonymously, Cohen said.

The company is targeting a $2.5 million raise, according to a document filed with the SEC on March 22.

Because dark web users need to know a particular URL in order to visit it and can browse websites without revealing their identities, criminals use it to hawk things such as trade secrets, passwords, financial account information and Social Security numbers.

OWL makes a database of the dark web by constantly trawling it and taking snapshots of web pages, Cohen said. Annual subscriptions start at $1,500 a month to search the database, he said. For $3,500 a month, customers get training to search the database and, for $6,500, they can set up more search alerts and get more training hours. OWL also can run searches and trace them for customers.

OWL has “several hundred” customers, Cohen said, including Fortune 2000 corporations looking to track down their own data. He said other customers, such as law firms and accounting companies, purchase OWL subscriptions in order to run searches on behalf of clients.

Investors pulled funding from One World Labs in May 2015, Cohen said, the day before a report surfaced in which One World founder Chris Roberts told FBI investigators he could disrupt an airplane’s flight path using his laptop.

Cohen and current OWL CEO Mark Turnage resigned their posts that day, Cohen said, then signed up as consultants in the hopes of selling One World Labs in order to keep the company running.

By September, no sale had materialized, One World Labs was out of money and Roberts had departed.

When the company filed for bankruptcy the following month, it was $720,000 in debt despite making $3 million in revenue in 2014, according to court documents.

But the company gained customers during bankruptcy proceedings, Cohen said. He and Turnage bought its assets in a two-part deal in December and February, he said, for roughly $500,000.

OWL is out of the dark of Chapter 11, but Cohen said it’s not quite in the black.

Cohen said the company now is funded by new angel investors, rather than One World Labs’ previous investors. The plan is to return the company to its pre-bankruptcy staff of 25; he said the staff bottomed out at eight and now has 19 full-time employees.

The company is moving to a new office in the Wells Fargo Center at 1700 Lincoln St. in anticipation of growth.

“It’s good to start anew, and this is sort of the last step of the starting-anew process,” Cohen said.

The leaders of a Denver-based cybersecurity company that filed for bankruptcy five months ago have regrouped under a new name and raised $1.8 million.

Denver-based One World Labs filed for Chapter 11 bankruptcy in October after investors had a falling out with its founder. But the brains behind the operation have reopened under the name OWL Cybersecurity.