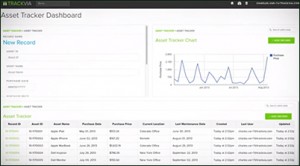 A Denver startup that makes software to help businesses keep tabs on inventory and production processes is on track to add $8 million to its coffers.

TrackVia has raised $7.5 million from five investors in a debt offering, according to paperwork filed with the SEC on March 7. Charles Var, the company’s head of marketing, said TrackVia is staffing up its marketing and sales department to try to keep revenue growing as quickly as its investors expect.

“We primarily rely on direct sales and marketing,” he said, adding that fast growth can help startups attract new investors. “As a venture capital-backed company, we’re always driven to grow revenue as fast as we can – sometimes we drive revenue even at a loss.”

TrackVia sells software that helps people without coding know-how to design mobile apps that keep track of production and other processes. For example, a customer such as The North Face might use TrackVia to make an app for factory workers that collects data from an assembly line and sends it to managers, who analyze it.

To market TrackVia, Var said, company employees write research papers and blog posts about how to ditch spreadsheets or use cloud-computing software. The company also buys advertising space atop Google search results for key phrases such as “workflow software.”

Var said the next challenge, as TrackVia adds both customers and employees, is to maintain the quality of the product and product support while scaling its sales operations. 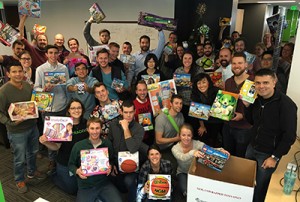 Var said the company is not yet profitable and has raised $20 million from investors. Previous investors include Westminster-based Access Venture Partners.

TrackVia, which is based a few blocks southeast of Union Station on Larimer Street, has about 50 employees. Var said it plans to hire between 12 and 20 employees for its marketing, sales and engineering departments; seven positions are posted on its website now.

TrackVia, which is hiring, shows companies how to track inventory, production