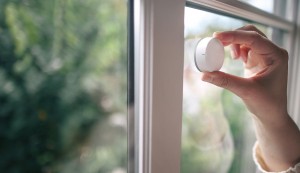 A Denver startup thinks it can resolve the age-old question of whether you remembered to close the garage door.

And the company is seeking another $2.2 million in new investment.

Notion, which was founded in 2014, reported pocketing $200,000 from one investor in February, according to paperwork the company filed with the SEC last week.

On its website, the company says its sensors can detect when doors or windows open, when a room temperature rises or falls, when water leaks or when a smoke alarm sounds.

The company is developing sensors to measure when a light turns on as well as when a propane tank or a keg runs low.

The sensors – 2 inches in diameter, less than 1 inch thick and powered by a coin cell battery – can connect to WiFi via a box called a “bridge” that plugs into a wall outlet. That box then relays alerts to a smartphone app.

Orders for the first generation of sensors are due to be delivered in April, Notion’s website says, with a single sensor and bridge starting at $130.

Notion has raised more than $2 million, according to filings with the SEC made under the name Loop Labs.

Notion, which lists 10 employees on its website and has an office in the neighborhood around Union Station, recently announced it is hiring a head of software.

A Denver startup thinks it can resolve the age-old question of whether you remembered to close the garage door.