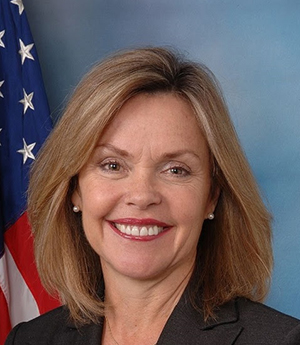 Betsy Markey is the new regional head of the SBA. Submitted photo.

The Small Business Administration’s new Region VIII head in Denver knows a thing or two about life as a small business owner.

Betsy Markey, who went from owning a coffee shop in Fort Collins to representing that city’s congressional district in Washington, D.C., will lead the regional office and oversee its operations in six states.

In her first few weeks on the job, she’s been out meeting with many businesses that use SBA services in Region VIII.

“When we talk to small businesses that are looking to expand, I remember needing to always take a look at your business plan and to know where you’re going to go in the next two years,” she said. “Trying to get a loan, figuring out your business plan – these are all things I’ve done myself.”

The SBA is a federal agency that guarantees loans and offers training courses to small businesses. Markey leads a staff of about 16.

Locally, Markey said her goal is to keep SBA staff members getting involved with businesses outside of the office. Once a week, a staffer will hold office hours in the Commons on Champa to answer questions from small businesses about how they can use SBA services.

“They don’t have to go to our office,” she said. “They can just go where they work.”

And across the region, she’s following the agenda set by the president and Contreras Sweet, the national SBA leader: reaching out to women-owned businesses, veteran-owned businesses and businesses in rural areas and inner cities, where people are less likely to know about the SBA’s services.

Each week, Markey will receive reports on loans and outreach programs for each state she oversees. Then she’ll report up the chain, checking in twice a week with the SBA administrators in other regions.

Markey spent five years working for the U.S. Department of the Treasury and Department of State in Washington, D.C., before leaving the federal government to start a software company in 1988. After moving to Colorado in the 1990s, she purchased Huckleberry’s coffee and ice cream shop, running the software company remotely while learning the ropes at the cafe in Old Town Fort Collins.

Markey returned to government work in 2005, spending two years working for U.S. Sen. Ken Salazar, before running in 2008 to represent the Fourth District of Colorado, which includes much of the eastern half of Colorado. She won that race to become the first Democrat to represent the district since the 1970s, but lost a re-election race in 2010. Her last government post was in the Department of Homeland Security.

Betsy Markey is the new regional head of the SBA. Submitted photo.

Betsy Markey, who went from owning a coffee shop in Fort Collins to representing that city’s congressional district in Washington, D.C., will lead the regional office and oversee its operations in six states.