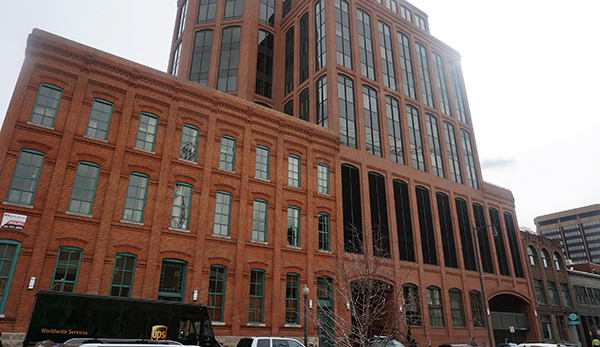 A LoDo insurance lead website that was sold in November is closing, laying off 103 local workers.

All Web Leads, which bought Denver-based InsuranceQuotes.com in 2015 for $165 million, filed a WARN Notice with the state earlier this month that it will shut the office in four phases, the last one wrapping up in June.

InsuranceQuotes.com let customers punch in their information and get quotes on several sorts of insurance.

In an email statement, the Austin, Texas-based All Web Leads said it’s consolidating its operations in Austin.

“The structure of the organization has been reduced by eliminating redundant functions and consolidation of positions and operations,” the company wrote in an email to BusinessDen, adding that the space may become available to new tenants in July.

All Web Leads has about 20,000 square feet between the eighth, ninth and tenth floors at 1860 Blake St., according to Jeff Harshe, a vice president at MAVDDevelopment, which owns the building.