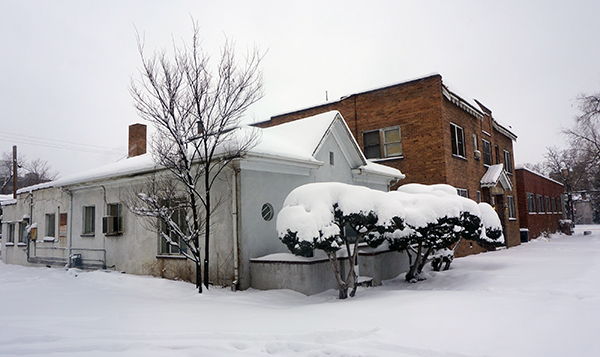 With a pair of micro-apartment projects already underway, a father-and-son development team is planning more studios for Uptown.

Allante Properties bought a 0.43-acre site near 18th Avenue and Emerson Street last week with plans to build 84 new Uptown apartments. Called Emerson Place, it will be a $15 million project that Allante principal Daren Schmidt said came from an investor in one of the firm’s previous Denver developments.

“My father was talking to him and he said ‘I have an apartment that isn’t making a lot of money for me. Would you like to buy it?’” Schmidt said. “Uptown is a phenomenal location, especially a block away from 17th Avenue, and we quickly deduced it made sense for us to build small footprint units in a submarket that traditionally has a lot of one-bedrooms and older stock.”

The site sits at 1833 Emerson Street and Nassimbene Family Investments, LLC was the previous owner, according to city records. Allante paid $1.7 million for the property in a deal that closed on Jan. 29.

True to the formula Allante has used on its last two apartment buildings, one on 38th Avenue and another on Tennyson Street, the units will be small. Apartments will average about 500 square feet, Schmidt said, with the smallest coming in around 380 square feet.

Most of the units will be studios, Schmidt said.

“We’re bullish on Denver, and we really like the product that we’re building,” Schmidt said. “It provides an opportunity for people that would otherwise have to rent a one-bedroom at $2,000 a month to be able to rent a smaller studio at sub-$1,600 a month.”

The building will stand five stories tall with a rooftop deck, Schmidt said. Common amenities include a bike storage facility, ski tuning room and a dog wash area. Allante also plans to build small offices that tenants can reserve to work in, outside of their apartment for a day.

Schmidt thinks the project will appeal to workers just passing through and renters settling in Uptown.

“A big hope is we’ll have a lot of the traveling nurses and other personnel over at St. Joseph’s,” he said. “Ultimately it will be young professionals or someone who is willing to rent a smaller unit with amenities around them.”

Sprocket Design is the architect on Emerson Place. Allante has yet to bring on a general contractor and likely will seek a construction loan. Building should start in October or November and Schmidt estimated it would take about 14 months.

Allante seeks more apartment deals, but Schmidt said the company also is looking at adding another line of business buying up single-tenant, triple-net-retail leases to hedge its multifamily bets.

“As the apartment market levels off, and eventually plateaus, it would make sense to set up our investment base with a really nice, safe investment,” Schmidt said.

With a pair of micro-apartment projects already underway, a father-and-son development team is planning more studios for Uptown.