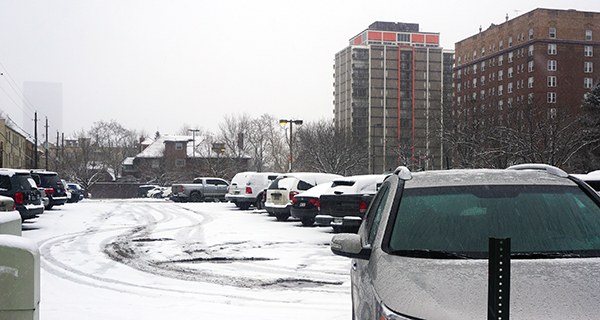 The Colorado State Land Board, which manages 3 million acres of land to generate revenue for public education and other state institutions, bought a 1.16-acre parking lot at 9th Avenue and Grant Street from Denver Public Schools for $6.2 million.

It’ll stay a surface lot for the foreseeable future, but spokeswoman Melissa Yoder said the Land Board liked the land in part for its development potential.

“We see the property as a great long-term investment,” she said. “It’s a good infill parcel and it brings an immediate, near-term revenue stream with the parking.”

The site runs north from the corner of 9th and Grant directly across from a vacant, Denver Public Schools-owned office building. Yoder said the Land Board came across the deal while it was working on a separate transaction for a DPS school site.

The Colorado State Land Board reported revenue of $125 million in the 2012-2013 fiscal year, according to the annual report.