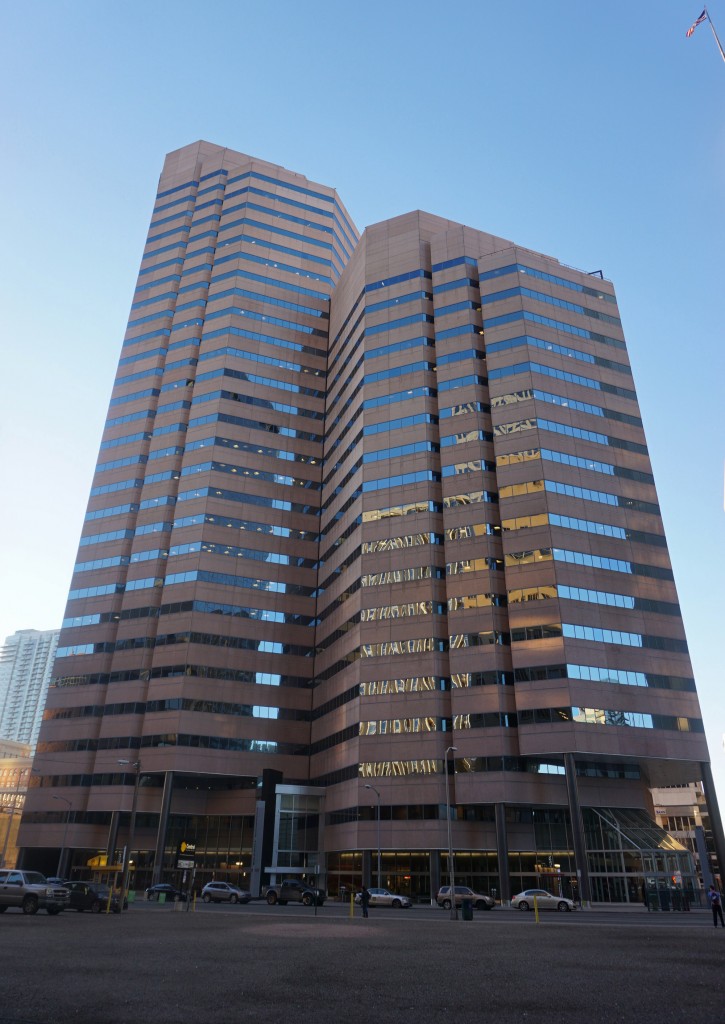 Dominion Towers is getting a new tenant. Photos by George Demopoulos.

A Denver tech startup has graduated to a new downtown headquarters.

Dizzion is moving from an office condo at River North’s Taxi 2 building to a new office space in Dominion Towers downtown. The new headquarters will be almost three times the size of Dizzion’s current digs, and the firm plans to double its Denver-based staff of 16.

“We’ve expanded in our current space to the point where we all are overflowing here,” company spokesman Larry Goldman said.

Dizzion is a cloud computing company selling virtual desktops that give employees access to information and applications remotely from a variety of devices. The company was launched in 2011 and works out of an office suite owned and previously occupied by fellow Denver tech firm Nimbl.

Dizzion finalized its lease at Dominion Towers at 600 17th St. earlier this month. The firm has about 5,200 square feet on the building’s 26th floor, Goldman said, an expansion from about 1,800 feet at the current office. Dizzion expects to be in its new headquarters by early February.

The company is also setting up a second office in San Antonio and will look to add more employees in that market as well. Dizzion CTO Robert Green, formerly of San Antonio-based tech firm Rackspace, heads up Dizzion’s Texas outpost.

“He has been building up his team in San Antonio, and a number of them came from Rackspace and other tech organizations down there,” Goldman said. “They’re at the point where they need an office to bring it all together.”

Dizzion is going into its expansion well-funded. The company kicked off 2015 by announcing it had raised $3.9 million in Series A funding in a push led by investors Grotech Ventures and Access Venture Partners.

Dizzion used the cash to expand its end user computing business and bring in key employees, including its current CFO Carol Wood, who came over from Denver-based payment processor PaySimple.

Without disclosing dollar figures, Dizzion said it more than doubled revenues in 2015 in a press release. For 2016, Dizzion said it is planning to release new service capabilities to expand on its end user computing products.

Dominion Towers is getting a new tenant. Photos by George Demopoulos.

A cloud computing company based out of RiNo's Taxi development is more than doubling its space and employees in a planned move to a downtown office tower, and it's also setting up an office in Texas.