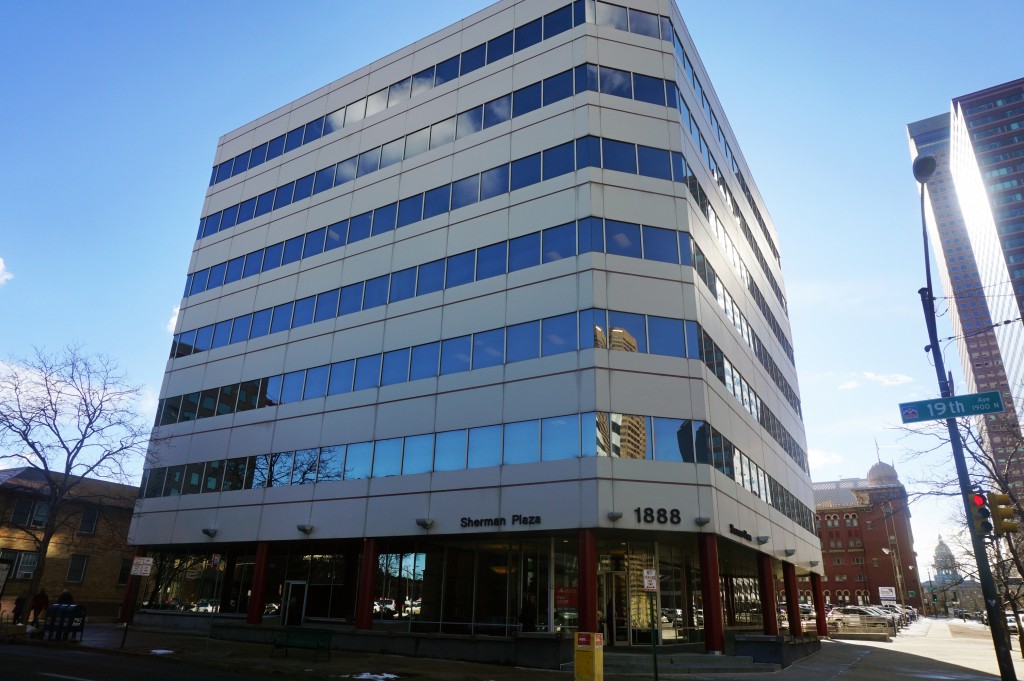 Half a year after selling its own headquarters, a Denver real estate firm will soon be its own landlord once again.

Sidford Capital bought the 33-year-old Sherman Plaza office complex at 1888 Sherman St. for $11.35 million last week and will move its own office to Uptown from a Westminster building the company sold last summer.

“We felt like a lot of firms are getting priced out of the LoDo and RiNo area, and an obvious alternative is Sherman Street and Uptown,” Wolf said. “You’re still close to downtown, and this building has great access and parking.”

Sherman Plaza is seven stories and has about 64,000 square feet of office space, which pegs the sales price at about $178 per square foot. It sits on 0.35 acres at the southeast corner of 19th Avenue and Sherman Street.

Sherman Plaza is in for some upgrades under new ownership; Wolf said Sidford plans to put money toward freshening up the building’s hallways and main lobby.

“The common spaces probably haven’t been updated in 15 or 20 years,” Wolf said. “We’ll put in new lights, paint and carpet to spruce them up a little bit.”

Sidford Capital owns and manages about 750,000 square feet of office, retail and industrial real estate between Fort Collins and Pueblo. The firm mostly recently bought three office-and-retail buildings in Olde Town Arvada in a deal that closed in August.

Sidford will do its part to fill Sherman Plaza by taking about 1,800 square feet for its own office. It will move over from 1333 W. 120th Ave. in Westminster in the next four or six weeks, Wolf said.

This month’s deal marks the first time Sherman Plaza has traded in more than two decades, according to Denver real estate records. Seller Eaglecreek Associates, VI bought the building in 1995 for $2.59 million.

Those prices figure to a 7.67 percent appreciation per year over the 20-year hold.

A real estate firm that recently sold its Westminster office has bought a replacement headquarters in Uptown and will be boosting the complex's occupancy as it moves in over the next month.