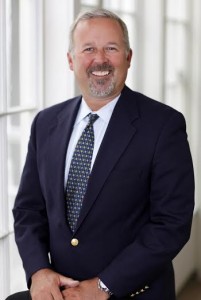 Distressed real estate is so 2012.

Baceline Investments is launching a new commercial real estate investment fund this year with an eye toward scooping up stable, well-leased retail centers. David Puchi, a managing partner at Baceline, said the company is following a change in investor preferences over the past few years.

Baceline wants to raise between $50 million and $75 million for the new venture, which it is calling its High Yield Income Fund. There is a $1 million minimum buy-in for potential investors. Puchi said both more wealthy private individuals and more institutional- type investors could get in on the action.

The goal, Puchi said, is to pay out annual distributions between 8 and 10 percent.

Baceline plans on putting its money in the Midwest, where Puchi said real estate values tend to be steadier than other parts of the country. Puchi said they’re looking for “necessity retail” neighborhood shopping centers, specifically mentioning several cities from Nebraska to Indiana.

“In cities like Omaha or Des Moines, they don’t have cyclical fluctuations in real estate values like other cities have,” he said. “When big events happen around the world, it doesn’t necessarily affect the neighborhood shopper in Omaha – they’re still going to get a haircut, or buy a Subway sandwich.”

The Denver investment firm is moving into the High Yield Income Fund as it winds down a fund focused on buying real estate debt-free. Puchi said the new fund will take on debt to fund its acquisitions.

He plans to hit the $50 million target and start buying up real estate within a year’s time. Puchi also said the time is right to launch a fund aimed at the retail strips in Baceline’s crosshairs because there are willing sellers in the market.

“Most of the commercial real estate that we’re buying is held by individuals and they’re generally between the ages of 51 and 70,” he said. “As the owners of this real estate grow older and are looking at estate planning or doing something with these properties, we see an opportunity for more institutional firms like us to buy them.”