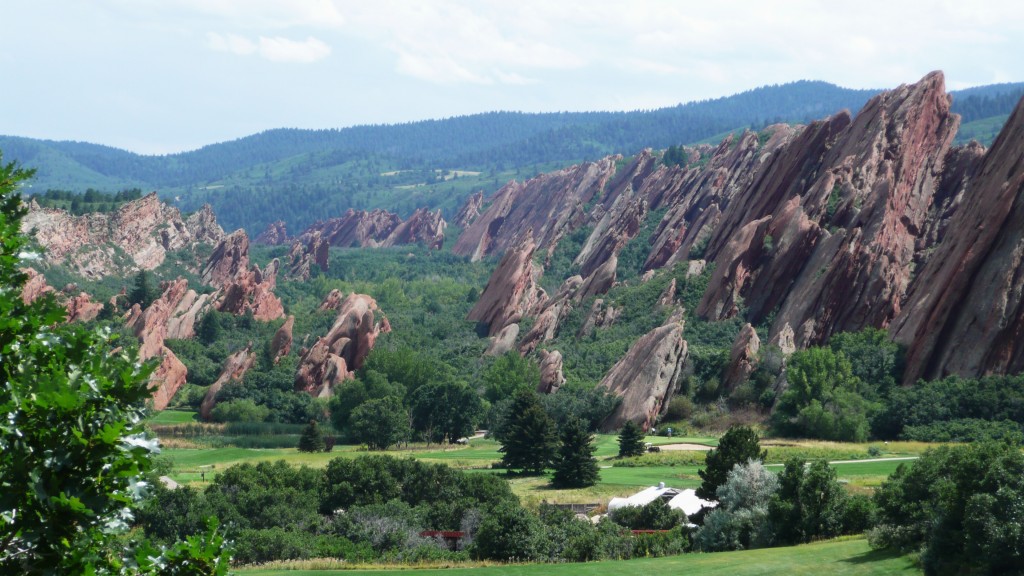 The view looking south from a property that was recently listed for sale. Photos courtesy of Newmark Grubb Knight Frank.

Building 72 fairway-view homes would be even par for a newly listed Douglas County property.

A 35-acre parcel surrounded entirely by Arrowhead Golf Club is on the market. Wade Fletcher, a Newmark Grubb Knight Frank broker handling the listing, said it can hold 72 single-family lots or more than 200 multifamily units and could be an upscale subdivision waiting to happen.

“It’s an opportunity to develop a private, gated community,” Fletcher said. “But instead of gates you’re buffered by one of the premium golf clubs in the state and red rocks formations you’re not going to find anywhere else.”

The property was part of a larger planning area that also included the nearby Roxborough Downs neighborhood, Fletcher said, and could have been built out more than two decades ago. There are currently no buildings on-site.

In 1998 the property’s current owners, a private couple, bought the land with plans to build their own home on the 35-acre property. Fletcher said they decided not to build that project and put the land on the market about two months ago after holding it for more than 15 years. 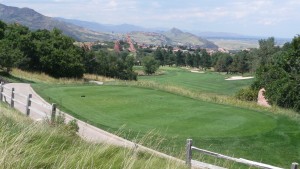 The 35 acres sold for $575,000 in 1998, according to Douglas County records. Asking price on the site today is $8.75 million. Fletcher is marketing the site alongside fellow Newmark broker Steve Roesinger.

Homestead at Arrowhead, as the land is marketed, sits about 20 minutes from the new Charles Schwab corporate campus and a quick drive to Littleton’s Lockheed Martin outpost. But Fletcher said some developers aren’t too concerned about where potential residents will work.

“There has been a lot of interest from age-target developers, for not a senior housing but an age-restricted community,” Fletcher said. “It would be great for buyers that love to golf and have the time to take advantage of all the amenities near the site.”

For suitors aiming for a younger crowd, Fletcher said he thought the property would work best as a ritzy custom home neighborhood or a high-end townhome-type development.

Arrowhead Golf Club, designed by Robert Trent Jones Jr., opened in 1972. The course measures 6,636 yards from the black tees and wraps around sandstone formations best viewed from the back nine.

Fletcher said the site could be a one-of-a-kind deal for the right builder, but with any championship course there are some hazards to navigate.

“It’s not a cookie-cutter flat piece of ground in the Front Range,” Fletcher said. “It’s a unique site with unique opportunities, but there are also things that need to be solved for by a group that can build it out.”

The view looking south from a property that was recently listed for sale. Photos courtesy of Newmark Grubb Knight Frank.