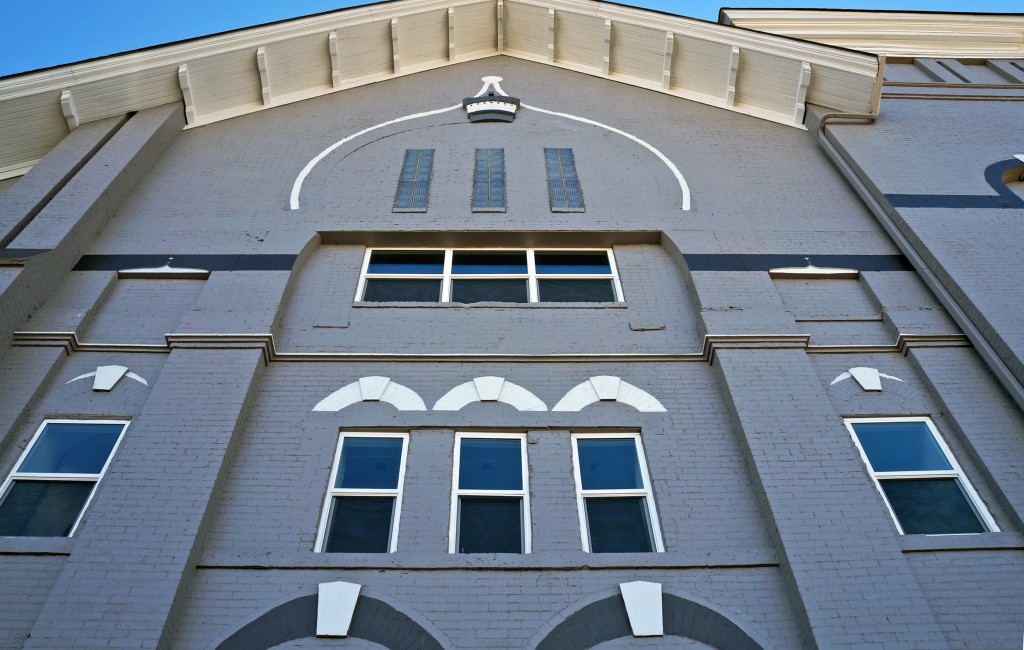 A former synagogue has been converted into several offices and artist studios. Photos by Amy DiPierro.

A dilapidated 19th century synagogue in Five Points long thought too expensive to repair has been saved by a 21st century miracle: a landlord determined to renovate the space while keeping rent low for artist tenants.

When developer Adam Gordon first seriously vetted the 1882 building once home to Temple Emanuel, its roof was caving in and its current owner was backing out.

So Gordon, 33, bought the place. He has since learned to disregard the false prophets that keep saying his project is in for a financial smiting.

“People I talk to question the viability in the short term,” Gordon said. “But we didn’t want to see it get turned into condos.”

Gordon started renovating 2400 Curtis St. in February 2014 with the goal of providing low-rent workspace to local creatives pushed out of neighborhoods like RiNo by rising rent. After six months and $600,000 worth of renovations, Gordon has leased the space to capacity.

But between its first life as a house of worship and its current incarnation as a studio and office for artists and nonprofits, the space – called The Temple – has witnessed over a century of transformation in Five Points. 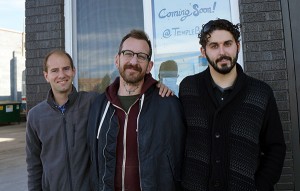 The Jewish congregations that had occupied the building since 1882 moved out in the 1920s, Gordon said. The neighborhood then turned more industrial. By the time Gordon laid eyes on the space, he said, the former synagogue was a grungy party space in an area noted for suspected meth lab fires.

Then, the neighborhood started to turn around. And the former synagogue’s Moorish Revival meets Victorian Romanesque-style started to turn heads. By 2012, Gordon was taking visitors on sporadic tours of The Temple as the special projects manager at RedLine Gallery, which had moved in around the corner.

But every time a would-be renovator dreamed up an ambitious plan to rehab the site, Gordon said, fears that demolition would turn the spot into a money pit sent them packing. Such was the case in 2014, when a nonprofit purchased The Temple, hired Gordon as one of its developers and then balked at the prospect of a costly construction project.

Seeing a window, Gordon purchased the property himself with a business partner; he has since bought out his co-owner.

The first architects and contractors he walked through the property told him it would take three years and three times what he ultimately paid to refurbish the temple.

So Gordon let potential tenants tour the building instead. At the suggestion of its soon-to-be occupants, Gordon’s crew used sterling board, which is cheaper than even plywood, to cover asbestos-contaminated flooring. They kept the construction crew to about 12 people.

Jan Zhang was the project’s architect, Dean Construction was the general contractor and day laborers from El Centro Humanitario made up much of the workforce.

Since then, a co-working studio for artists and a number of local nonprofits have been the first crop of tenants to call The Temple home.

Rent averages $350 a month, Gordon said, and even he pays to lease an office in the space.

“I’m not lighting the world on fire with this thing,” Gordon insisted, but he said he hopes The Temple will spark interest for developers snapping up churches and other historic buildings in Denver.

“The business community views every single building in this city as fair game,” Gordon said. “The fact that I’m keeping it for the community and I’m keeping rent low is an alternative model.”

A former synagogue has been converted into several offices and artist studios. Photos by Amy DiPierro.