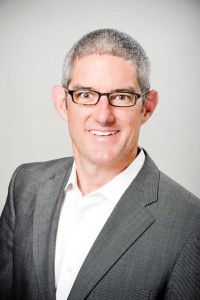 A Denver-based health insurance startup that wants to sell plans for individuals on state exchanges in 2017 got a $2 million shot in the arm from investors last week.

Melody Health Insurance closed a funding round Dec. 6, according to an SEC filing, and will use the funds for filing and licensing needed to market insurance on state-run exchanges.

Most insurance companies are repackaging the group plans they’ve always sold to make plans for single customers, Pinkert said, with vast lists of in-network providers and one-size-fits-all benefits. Melody is betting it can save lone consumers money by signing as few as a single hospital in a city and making several bundles of benefits for consumers to choose.

“Most people will say, ‘I could get a plan that’s mile wide and an inch deep, or I could get something that covers what I really care about,’” Pinkert said.

Pinkert said the average person doesn’t need the long list of providers standard to most group plans, so Melody plans to cover fewer in-network providers clustered close to where customers live and work.

That’s where Melody thinks it can save a dime. Since hospitals and large physician groups bill insurers based on the volume of customers from each carrier, Pinkert said, Melody will command bigger discounts on procedures if it funnels its customers into a smaller pool of providers. Reimbursing fewer providers will also reduce back-office overhead, he added.

“We pass those discounts onto our members,” Pinkert said. 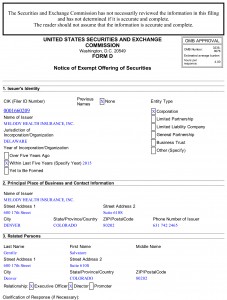 From there, Pinkert continued, consumers can choose a bundle of health benefits they wants the plan to cover. A young family might want a bundle with more pediatric coverage, while an otherwise healthy person might prefer one that emphasizes preventative care.

To get licensed as an insurer, Pinkert said, the company is applying state by state and amassing reserve capital in compliance with regulations. The next steps are building a provider network in each market and setting up customer service and finance structures, he said.

Melody is planning to open its first office in Las Vegas in 2017, Pinkert said. The goal is to add two more offices each subsequent year, targeting 16 states with fewer carriers.

Colorado is not among them, but Pinkert said the company set up shop in Denver because of a critical mass of healthcare workers and ease of transportation from DIA.

Melody has six full-time employees at 600 17th St. in the Dominion Plaza downtown, Pinkert said, and it plans to staff a service center in Denver by mid-2016. Pinkert said he hopes to market plans primarily through state-run exchanges.

Both Pinkert and Melody CEO Sal Gentile previously held management positions at Englewood-based TriZetto Corp., a subsidiary of the company Cognizant that makes software for healthcare providers and insurers. Gentile was most recently CEO of Indianapolis-based health tech company HealthX.

Melody’s model might sound unconventional now, Pinkert said, but he thinks it will soon be an industry standard.

“We think what we’re doing for individuals will eventually be the model for 401(k) groups and corporations,” he said. “The products we design are going to do really well when the market evolves to that point.”

With a model focused on smaller and more specialized coverage, a local health insurance startup is raising money and laying the groundwork for nationwide operations.