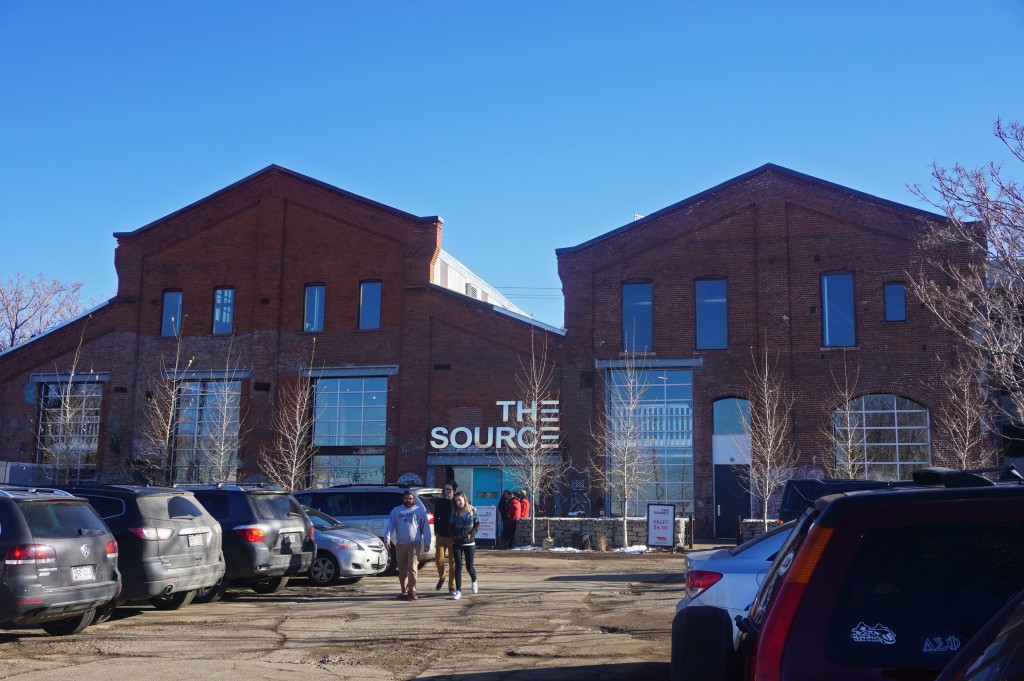 A tenant at The Source claimed in a lawsuit that its space hasn’t lived up to lease expectations. Photo by Burl Rolett.

Tempers are rising in a RiNo landlord-tenant tussle that landed in mediation last week.

An investment group managed by Kyle Zeppelin of Zeppelin Development sued The Source bakery Babette’s Artisan Bread in August, alleging owner Steve Scott withdrew money and made distributions to himself without paying Zeppelin, who was an investor in the business.

“There have been some concerns about the financial mismanagement of that entity,” Zeppelin said. “The legal process is at a relatively early stage.”

Scott denied the charges, and in a response filed this fall, lists his own displeasures with his landlord. He alleges Zeppelin convinced him to lease space at The Source by promising the space would be suitable for a bakery but that Zeppelin “failed to properly maintain, repair, and restore adequate heating, ventilation and air conditioning,” according to the lawsuit filings.

“It’s extremely frustrating to be a solid business at The Source and want to come in day in and day out, do what we do and not put up with conflict,” Scott said when reached by phone. “But it’s been conflict since day one.”

In its lawsuit against Scott, Zeppelin’s Camp Acorn LLC claims Scott breached a 2013 agreement barring him from withdrawing funds in excess of $2,000, signing contracts for more than $2,000 or establishing cash reserves of more than $2,000.

The suit also claims Scott distributed funds to himself without distributing funds to Camp Acorn, used company cash for personal expenses, increased his own base salary and refused to show Camp Acorn the company books. All of those actions would be in violation of the 2013 agreement included in the lawsuit.

But Scott claims that document was a draft of an agreement that was never finalized. He claims Babette’s Artisan Bakery LLC – the entity listed on that agreement – didn’t exist until January 2015, when Zeppelin registered it.

Scott signed his lease doing business as Babette’s Artisan Bread LLC, and he maintains he operates his business under the Bread LLC, not the Bakery LLC.

Zeppelin and Scott first went into business together in early 2013 when Scott and Babette’s Artisan Bread LLC signed a lease for 1,300 square feet at The Source on Brighton Boulevard.

At the same time, Camp Acorn loaned Scott $104,906 to start up the bakery at a rate of 12 percent per year, according to the loan document included in the lawsuit. Scott’s lease runs for five years. Monthly rent started at $2,816 per month and was scheduled to climb about 3.5 percent each year. The lease tops out at $3,250 for the last months of the deal.

Scott’s countersuit now claims his space at The Source is no place to run a bakery. He alleges it lacks sufficient heating, ventilation and air conditioning.

“The building would exceed 90 degrees Fahrenheit in temperature, making it an impossible environment in which to work and serve customers,” Scott’s lawsuit states.

Zeppelin claims the landlord has held up its end of the deal at The Source. That included pitching in about $33,000 for tenant improvements and another $20,000 toward the purchase of a bread oven, according to the lease documents filed alongside Camp Acorn’s lawsuit.

“The building is up to code, it was built per the plans and there are some unique equipment requirements for this bakery,” he said. “We do a typical (tenant improvement) process where you have a core and shell, and then you have a separate build out.”

Babette’s is still up and running at The Source. Zeppelin said the bakery has been a popular spot at the indoor market, and he doesn’t have any qualms with the tenant. His only dispute with Babette’s is from the perspective of an investor.

“He’s got a great following in the community, we have a few tenants that are real rock stars and he’s one of them,” Zeppelin said. “They’re active and functioning per the lease; the dispute is really with the investment entity.”

The bread business has been OK, said Catherine Scott, wife of Steve Scott and employee at Babette’s, but they’re hardly baking up big-time profits.

“We haven’t really increased over the years, which is troubling,” she said. “On the weekends we do really well but on the weekdays we struggle.”

Steve Scott said the parties had a mediation session last Thursday but left with the dispute no closer to a resolution.

There are about three years left on Babette’s lease, a deal Scott said he does not plan to renew. In the meantime, he said the outcome of the legal proceedings will dictate whether he’ll remain in The Source until the current lease runs up.

“We’re talking to some people, looking at different spaces and we’re interested in keeping our brand, moving forward and doing the good work that we are doing,” he said.

A tenant at The Source claimed in a lawsuit that its space hasn’t lived up to lease expectations. Photo by Burl Rolett.