A Denver startup that makes software to train salespeople closed a big sale of its own: $6 million in equity.

CommercialTribe disclosed the capital raise to the SEC on Dec. 4, bringing its total equity to $9.9 million raised since its founding in 2013.

CommercialTribe is an app where sales reps can trade tips on how to improve their pitches by filming themselves practicing different scenarios and then receiving feedback on their videos. Users can also watch example videos of sales pitches.

In a press release, the company said the raise will allow it to keep developing existing products and launch new ones.

Marketing Director Gavin Matthews said the company will not share product launch details until 2016, but the goal is to use the money to deepen all of its product lines, including integration with SalesForce.com.

Investors in this round included Boulder Ventures, Grotech Ventures and Westminster-based Access Venture Partners, the company said. The round opened Nov. 20 and included eight investors total, according to SEC filings.

In April 2014, the company announced it would use $3.2 million in Series A funding “to accelerate platform development and to further build out its go-to market model.” Martha Tracey of Denver-based Crawley Ventures, the private equity subsidiary of Crawley Petroleum Corp., contributed to the company’s Series A in addition to the three private equity firms funding its Series B.

CommercialTribe is headquartered at 1444 Wazee St. in Union Station. The company said it currently employs about 50 people in Denver, hiring seven in the past six months.

CommercialTribe customers include HomeAdvisor, a company with a corporate office in Golden, and Xactly, which has an office in LoDo.

Co-founder and CEO Paul Ironside was previously chief customer officer of Louisville-based Market Force Information. He is a graduate of Colorado State University. 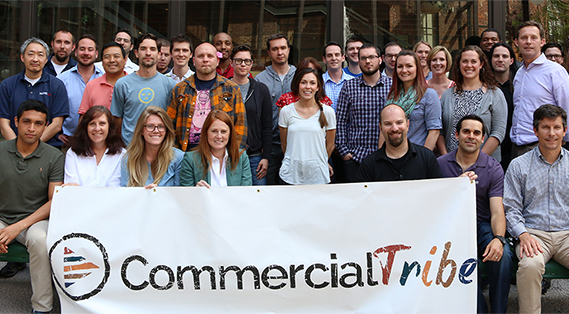 A startup that helps salespeople improve their pitches has closed a deal of its own, drawing in several investors in a $6 million capital raise.