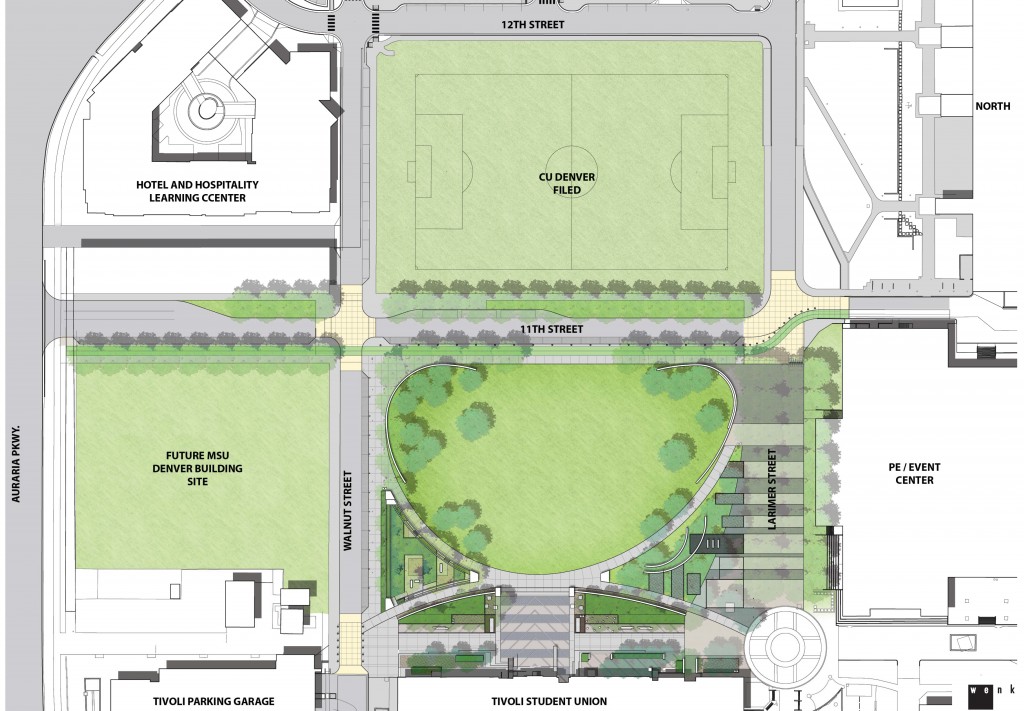 The Auraria Campus is planning changes to its main quad area. Images courtesy of AHEC.

The college campus quad – a place for students to hang out, study, toss a Frisbee – has long been a cornerstone of college life. The Auraria complex hosts the campuses of Metro State, Community College of Denver and the University of Colorado Denver.

Ultimately, the $6.5 million Tivoli park and quad is meant to be a student hangout, said Carl Meese, the senior campus planner for Auraria Higher Education Center.

“This is a place for students to relax, study and socialize,” said Meese, whose organization manages Auraria Campus. “It’s just going to be an incredibly dynamic space.”

The Tivoli building, which closed as a beer-making facility in 1969, is now home to a student center and a taphouse operated by its namesake brewers.

Construction on the Tivoli lawn, located on 12th Street between Auraria Parkway and Larimer Street, started this summer after at least a decade of planning, Meese said. For years, the site had been a set of athletic fields.

But as soon as Metropolitan State University opened its new 13-acre athletic complex south of Interstate 70 at 1390 Shoshone St., Auraria vacated the fields and replaced student-athletes with bulldozers.

When the project is complete, 11th Street will connect to Auraria Parkway, making 11th contiguous from one end of campus to the Pepsi Center. The parcel between 11th and 12th will become a soccer field for CU Denver.

The project is financed in two phases: A $3.3 million grant from the Auraria Foundation covers the first, and a $3.2 million fund amassed from a $5-a-semester student fee covers the second piece and an assortment of other smaller campus improvements.

Pinkard Construction is the contractor on the project, which was designed by the landscape architecture firm Wenk.

The hope is to complete the quad by mid-April of 2016, just in time for the University of Colorado Denver – as well as MSU and Community College of Denver, should they wish – to use the patio as a stage and the quad as a seating area for 2016 graduation ceremonies. 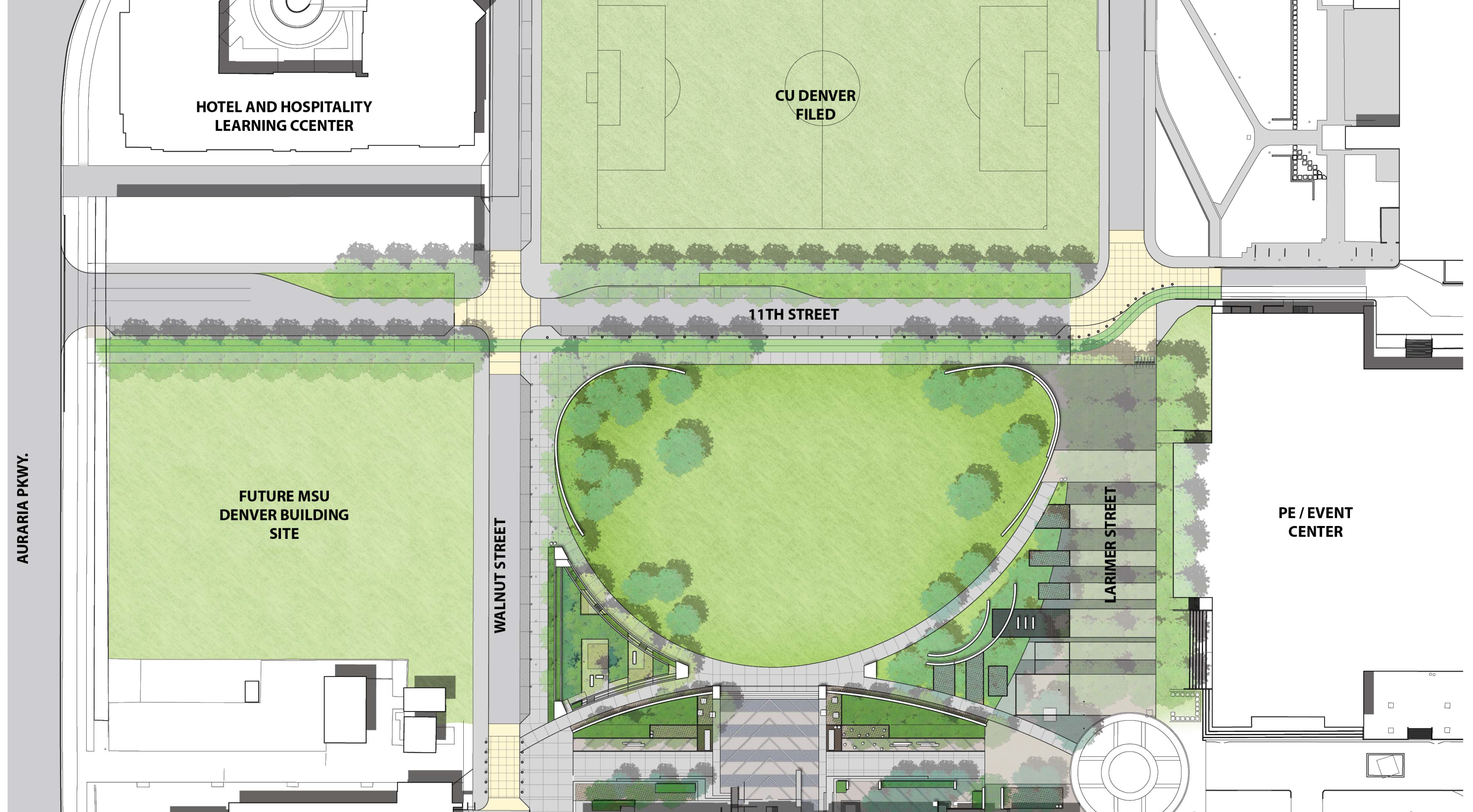 The Auraria Campus is planning changes to its main quad area. Images courtesy of AHEC.