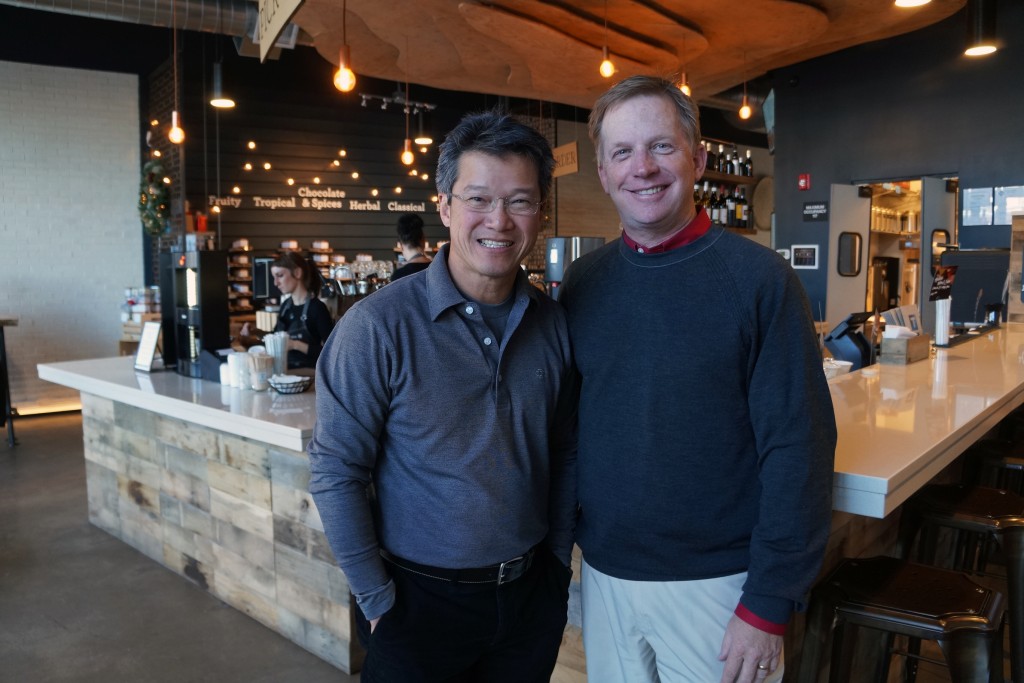 A Centennial-based teahouse is brewing its second shop off Broadway – and divining even more locations in the tea leaves.

Platform T will start steeping at a location at Lincoln Street and First Avenue on Thursday, four months after serving its first sips at a Glendale storefront in the CitySet restaurant hub. But the tea and small-plates venture is just starting to perk, and its co-founders hope Platform T will become a Colorado staple before they eventually push the concept out of state.

“We think the future is bright and tea will catch up with coffee,” said David Wilkins, CEO and co-founder. “We’re not hooked up with British- or Asian-style tea service. We’re trying to serve tea to the masses.”

Wilkins and co-founder Jeremy Law want to serve teas customers can’t find anywhere else while cutting brew times Wilkins said can take up to five minutes at high-end tea shops and offering a menu that even novice tea drinkers can navigate.

Platform T bought a machine that more than halves tea brewing time and filtered a 60-plus tea menu into six flavor categories for customers to choose from. 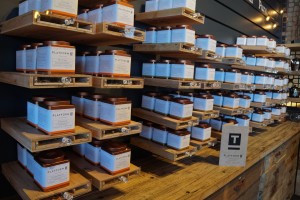 Platform T has dozens of tea varieties, along with coffee and cocktails.

Starting the teahouse was not unlike curating a wine bar, Law said.

“How is a shiraz from California different from a shiraz from France?” Law said. “We were trying to find oolongs that are very different but that most represent what’s in China.”

The wine bar metaphor also works on another level: Platform T’s menu includes tea-infused cocktails, wines and a collection of tapas and desserts. Wilkins envisions Platform T as an all-day spot where customers will zip through for a morning buzz or linger with friends at the end of a night out.

With all of that investment in branding, Wilkins said the goal is to expand quickly throughout metro Denver and then to consider adding locations outside Colorado.

For their second spot, Wilkins and Law chose 95 Lincoln St. in the hopes of catching commuters exiting Interstate 25 on their way downtown to work and reeling in Broadway restaurant-goers. The standalone building is distinct from their Glendale location, Wilkins said, where they’re reaping foot traffic from nearby office buildings and a Residence Inn within view.

Wilkins and Law started working together while both held jobs in the electrical lighting industry, Wilkins as CEO of Denver’s American Lighting and Law as a supplier making LED Christmas light strings. After importing lighting parts from China for years, the pair said, bringing large batches of tea into the country didn’t seem too exotic.

Wilkins is also CEO of K2 Venture Management, a private equity firm he started in 2013 with an eye toward funding Platform T and an edamame company launched by one of Law’s brothers.