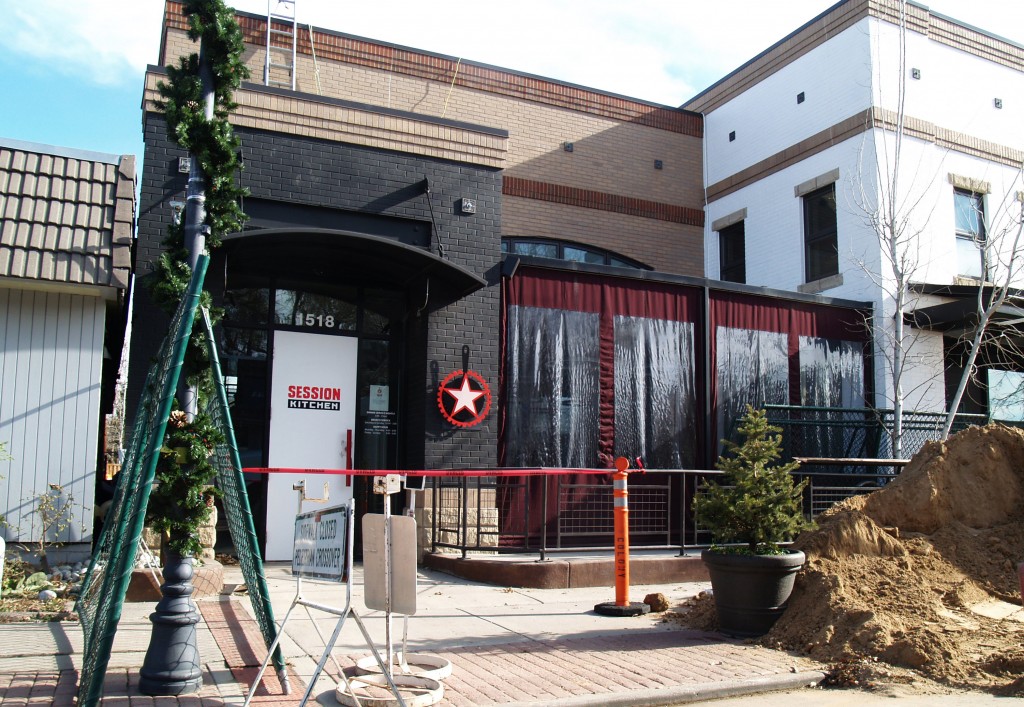 The former Session Kitchen space is set to house a new tenant. Photos by Aaron Kremer.

A new Mexican concept is taking over a shuttered South Pearl restaurant spot.

Mission Yogurt does most of its work in airports, and runs 10 concession businesses at DIA. The South Pearl restaurant will be the second standalone shop Mission has tried in Denver, after opening a Que Bueno in Westminster.

Session Kitchen closed in the summer after a nearly two-year run on South Pearl Street. Breckenridge-Wynkoop owned the Session Kitchen building before unloading it to Mission Yogurt in October.

The former Session Kitchen space is set to house a new tenant. Photos by Aaron Kremer.