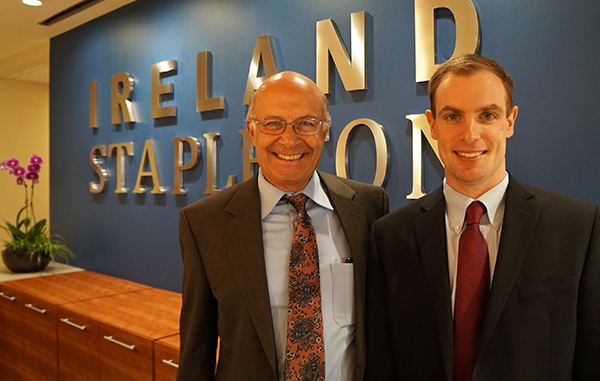 A Denver law firm is adding a former Colorado secretary of state and an attorney that once managed the city’s business licenses to its growing regulatory practice.

“When a new business is being formed, they can easily overlook some of the licenses and permits that they have to get,” said Buescher, 66. “What we can do as a full-service firm is help them get all of the permission and permits and licenses that they need to do what they want to do, which is to run their business.”

The two hires add to the regulatory practice at Ireland Stapleton, which began formally in July 2014. That was when Tom Downey, who led Denver’s Department of Excise and Licenses and drafted Denver’s first regulations for legalized recreational marijuana licenses, joined the firm as director. Jim Tarpey, a former commissioner of the Colorado Public Utilities Commission, also joined the firm that same month.

Today, 12 of the firm’s 34 attorneys count regulatory law among their specialties, the firm said.

Both Buescher and Jennings said they’re excited to shift from the public sector to the private sector.

The two said they expect to work with clients facing a range of regulations, including businesses adjusting to the Affordable Care Act, special districts running elections, and restaurants seeking liquor licenses.

Buescher said he might even advise clients as they navigate regulations that he helped to shape. As a member of the state’s Oil and Gas Task Force, he advised the government on how companies building large oil rigs on public grounds should work with local authorities; now, he will work from the other side of the table, advising companies on how to observe new rules based on the task force’s recommendations.

Buescher served as Colorado’s deputy attorney general from 2011 to 2014. Previously, he was secretary of state under former Gov. Bill Ritter from 2009 to 2011. A Democrat, Buescher served two terms as a state representative from 2005 to 2009. He received a law degree from the University of Colorado Boulder in 1974.

Jennings managed business licensing hearings for the city and county of Denver from 2011 to 2015. He graduated with a law degree from Villanova University School of Law in 2011.