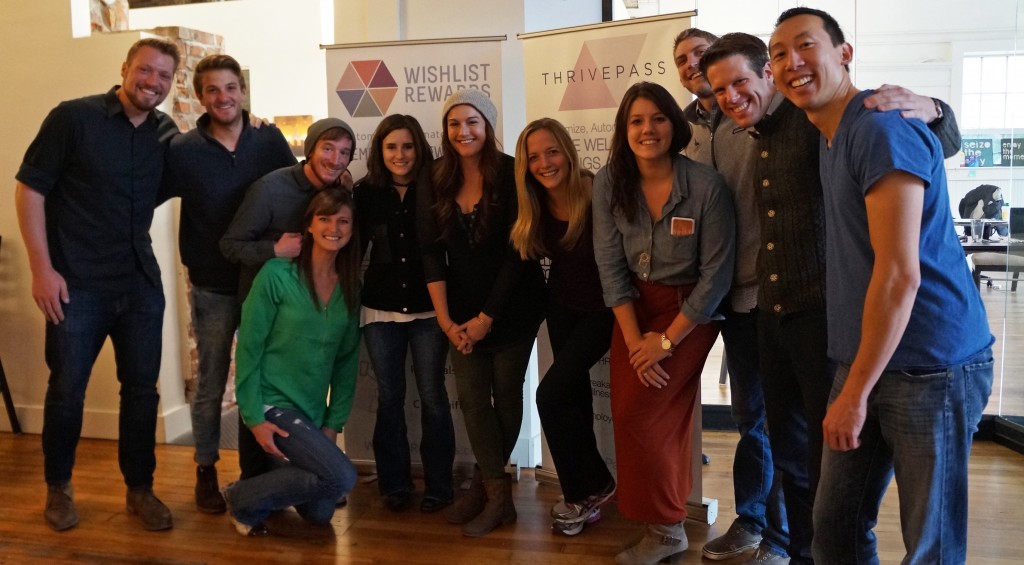 Three entrepreneurs have relocated their two startups to Denver. Photo by Amy DiPierro.

Two sister startups from Boulder are now bunking in LoDo.

ThrivePass and Wishlist share the same three founders and, as of August, the same 1,200-square-foot office on 15th Street.

Many Wishlist and ThrivePass employees started as interns straight out of college in Boulder, and they were ready to leave a college town, said Deptolla, who is chief financial officer for both companies.

“A lot of employees wanted to live in Denver,” he said.

The pair of companies is now walking distance from many of their clients, Communications Director Mackenzie Davids.

“Boulder was a great place to launch Wishlist,” Davids said. “But most of the companies we actually work with are here in Denver.”

Wishlist began in November 2012 as a gift-giving service for individual consumers. Instead of buying a physical gift for a friend, say a basket of soaps and bath supplies, Wishlist packages things like spa trips. Other gifts include rafting trips on the Arkansas, brewery tours and hot air ballooning trips over the Rockies.

But Deptolla and his co-founders soon realized that their product was a hit with corporate human resource managers, who have to keep track of umpteen birthdays, anniversaries and holidays. Today, most Wishlist clients are HR departments that use the service to automatically email their employees links to experience packages.

ThrivePass is pitched at companies that give employees a fitness and health stipend. Subscribers send their employees a menu of places where they can spend their monthly stipends rather than having employees present receipts to be reimbursed every month.

The two companies have similar business models, Deptolla said. They vet vendors to be included in the gift package or employee health and fitness program, then share the proceeds of every package sent or stipend spent with the selected vendor.

The next challenge, he said, is winning new clients and keeping existing ones by showing the services make employees more productive.

“Over time, we will be able to see data analytics that show that this reduces healthcare costs,” Deptolla said. “What we’re showing these companies is return on investment. That’s how we can be sticky: If we can roll out these programs and save them money.”

The companies have boosted their headcount from six full-time employees to 14 in the past year, Davids said. 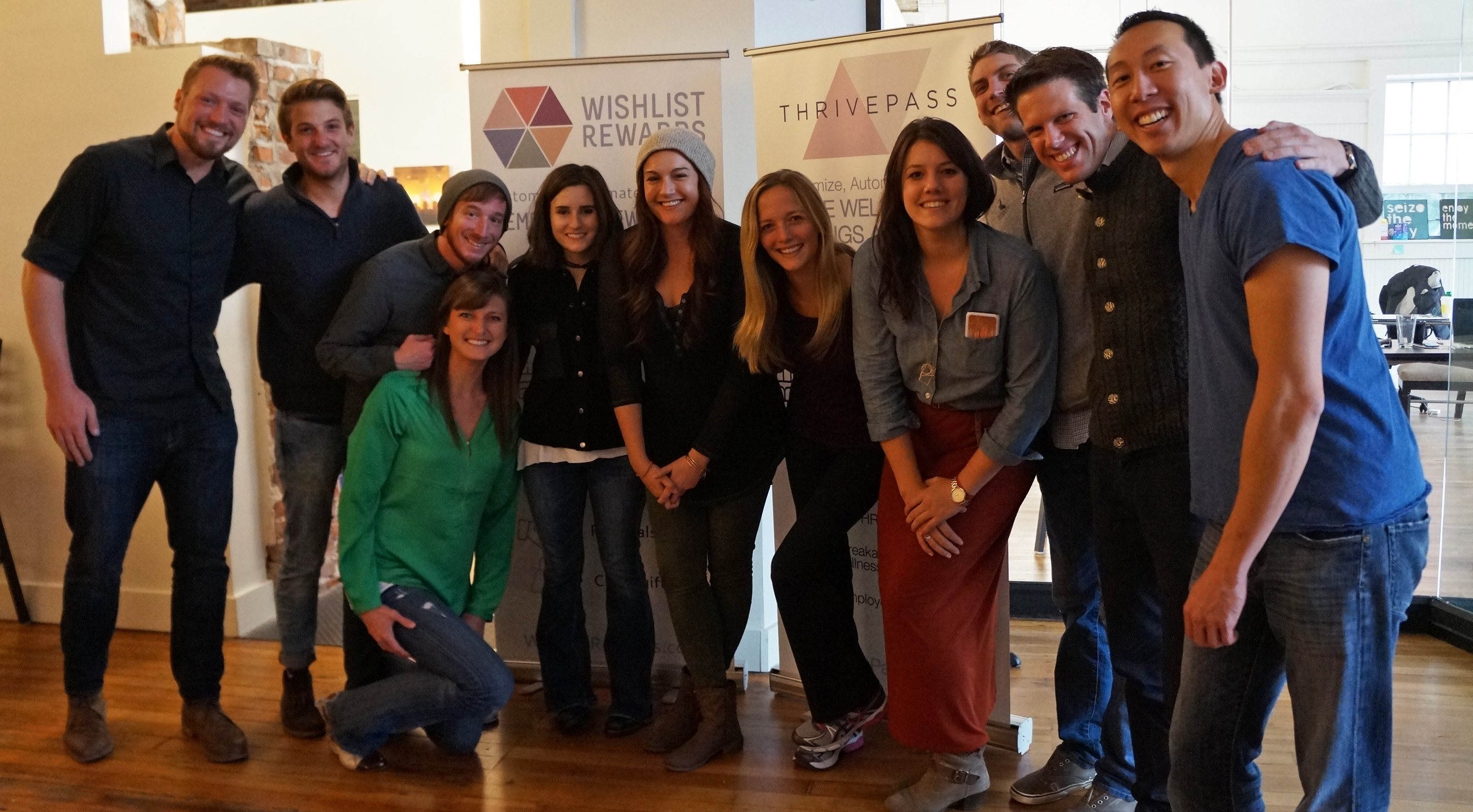 Three entrepreneurs have relocated their two startups to Denver. Photo by Amy DiPierro.

Two sister startups that package activity gifts and gym memberships for corporate clients have moved closer to the action with a new home in LoDo.