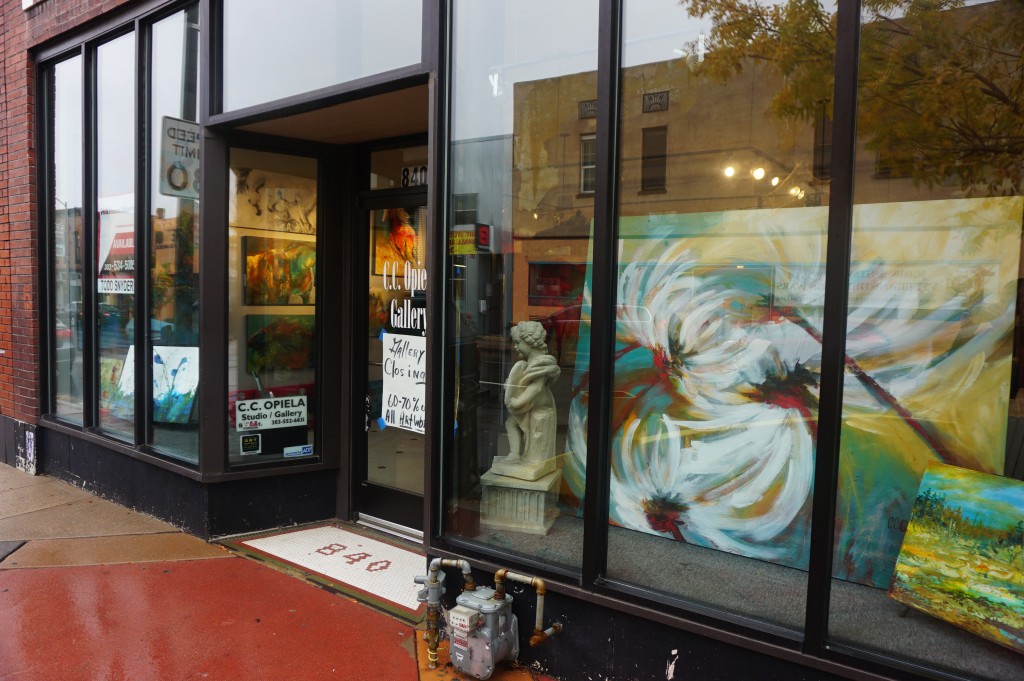 The C.C. Opiela Gallery is closing down. Photos by Burl Rolett.

A decade after opening up shop, a Santa Fe Drive artist is closing down and moving out.

C.C. Opiela is closing her art gallery at 840 Santa Fe Drive and has put the 1,500-square-foot retail space up for sale. The property has been on the market for about a month and a half with a price tag of $510,000, said listing broker Todd Snyder of NAI Shames Makovsky.

“It’s rare to find these little freestanding buildings; they don’t come up very often,” he said. “Especially ones that have been recently updated.”

Opiela bought the gallery in 2008 for $301,500, city records show. She said she leased a gallery space on Santa Fe Drive for about two years before buying her own place. After moving in, Snyder said Opiela replaced the roof, electrical system and plumbing and added a new HVAC system.

Snyder said Opiela is planning to close and move closer to family in the Fort Collins area. A sign on the gallery door is currently advertising up to 70 percent discounts on artwork. Snyder said the gallery will likely stay open until the building sells.

Snyder said the gallery, which includes a kitchenette, shower and a small living space, could sell as a live-work unit. He said most of the interest in the property has come from suitors who would occupy the building themselves as opposed to renting it out to another business.

Rent rates have climbed in the mid-$20- and low-$30-per-square-foot range in recent years, Snyder said, and the building has drawn looks from buyers wanting to make the jump from leasing a studio to owning one.

“A lot of people are interested, and it’s the type of people that typically want to be on Santa Fe – a lot of artists,” he said. “Most people are looking to own and occupy themselves; they’re folks that are tired of paying rent.”

The C.C. Opiela Gallery is closing down. Photos by Burl Rolett.