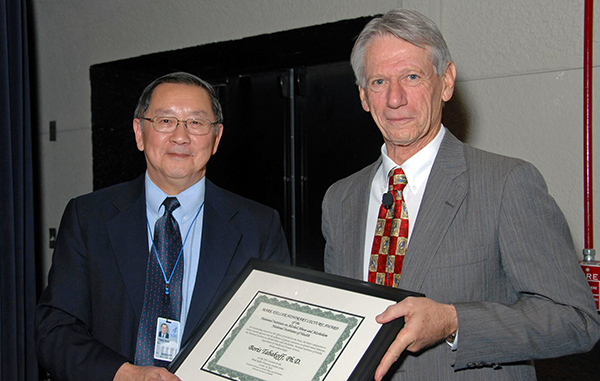 An Aurora-based biotech company has been flooded with a $6.5 million grant to stop alcohol abuse.

“What we want to do is to develop a drug that’s not like alcohol, but acts on the same receptor systems that have been altered by the overuse of alcohol,” said Lohocla President Boris Tabakoff.

Chronic alcohol abuse weakens the brain’s built-in calming systems, Tabakoff said, until the brain depends on alcohol to calm it down instead. He said that’s why alcoholics going through withdrawal are excitable and suffer from anxiety, tremors and convulsions.

Nezavist, the drug Lohocla is developing, has a molecule that fits into the specific neuroreceptors affected by overdrinking. The goal is for those receptors to get their calming functions back, without needing alcohol to do it.

And the brain won’t get hooked on Nezavist itself, Tabakoff said.

“It’s non-addictive in its own right,” he said. “The drug itself has no indications that it’s addictive, so it would be a prescription drug.”

Lohocla will expand its testing on rats and monkeys, Tabakoff said, in an effort to show that a higher dosage of the drug is still safe. The company also wants to develop an oral capsule and determine how quickly the drug is processed once it’s swallowed.

The NIH grant will fund up to five years of preclinical testing, which is required before the drug can be tested on humans. Tabakoff hopes to finish this round of trials in about three years and estimated it could take another eight years of tests before the drug could come to market.

Tabakoff said that one of the trials will likely take place at University of Colorado. Tabakoff himself works as a pharmacology professor at CU’s Anschutz Medical Campus.

Tabakoff started Lohocla in 1983 before spending a decade as scientific director at the NIH’s National Institute on Alcohol Abuse and Alcoholism from 1984 until 1992.

Lohocla also conducts research looking at chronic pain, such as pain related to diabetic neuropathy. Many of the neurotransmitter systems affected by addiction, Tabakoff said, are also involved in chronic pain.

A biotech company that is working on a drug to help alcoholics recover from addiction received a grant for the National Institute of Health to continue research and testing.