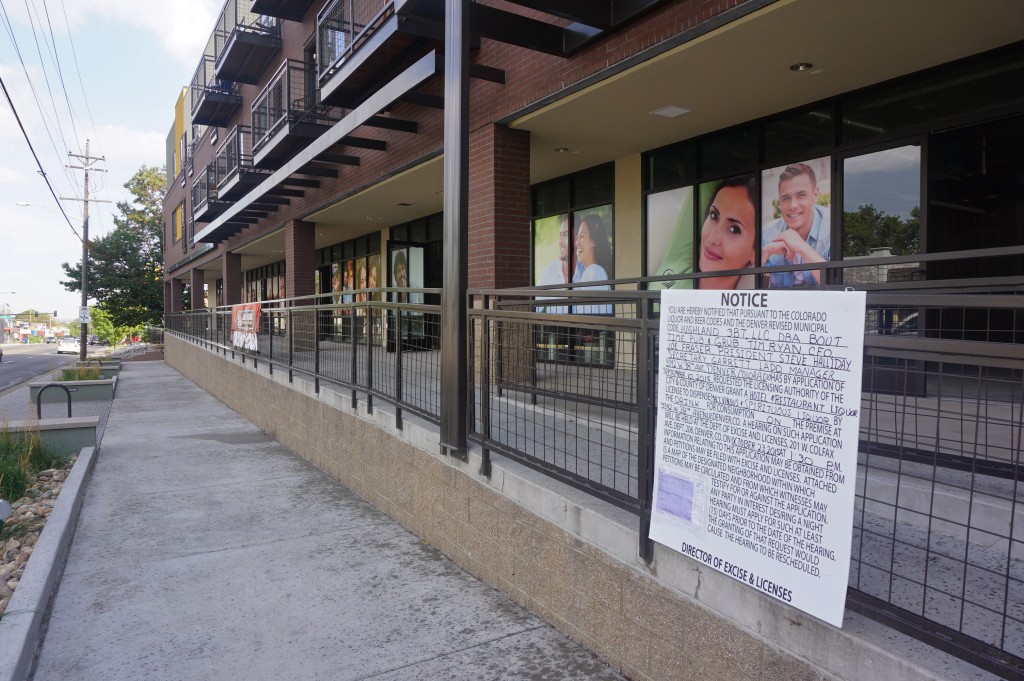 A sports bar and restaurant will fill the ground-floor commercial space of a new apartment building. Photos by Burl Rolett.

After nibbling around Denver’s suburbs over the last year, a sports bar concept is shooting into the Highlands.

Bout Time Pub & Grub is moving into the recently opened Highland Place apartment building on 38th Avenue. It will be the third Denver Bout Time, and General Manager Garrett Ladd said he hopes to fill a sit-down restaurant gap between Federal Boulevard and Tennyson Street.

“38th is a busy street – it’s four lanes and there’s so much population density centered right there,” he said. “There are 72 units in that building, and the landlord actually approached us. He’s seen our restaurants and thought it would be a perfect fit for the location.”

Bout Time will take 2,700 square feet of ground-floor retail space at Highland Place near 38th Avenue and Julian Street. It will be the third Colorado location for the sports bar after opening restaurants in Sheridan in 2014 and Arvada about three months ago. 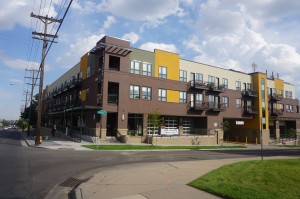 The restaurant’s offerings include burgers, sandwiches and pizza, as well as a full breakfast menu. Ladd said the Turkey Guacamole sandwich Island Cowboy burger with onions, mushroom and grilled pineapple have been top sellers in Denver so far.

“Right now everyone’s about super, complete craft beer and food,” Ladd said. “And we have some of that kind of stuff … but it’s good to have a nice, awesome burger made with never frozen meat and not necessarily 30 different cheeses you don’t know the name of.”

Bout Time is coming into Denver from Utah, where founder Joe Fraser launched the restaurant in 2009. Fraser has since expanded to seven corporate locations and two franchises in Utah.

The 38th Avenue spot is scheduled to open in February or March 2016, Ladd said. Bout Time is currently entertaining five proposals from general contractors for the project. Ladd said they will finance the new restaurant out of pocket.

With two restaurants up and running and a third on the way, Ladd said Bout Time is keeping an eye out for more opportunities in the Denver area.

“If everyone loves it, we’d like to keep growing and maybe we will be able to franchise it in the future,” Ladd said. “That’s the goal.”

A sports bar and restaurant will fill the ground-floor commercial space of a new apartment building. Photos by Burl Rolett.