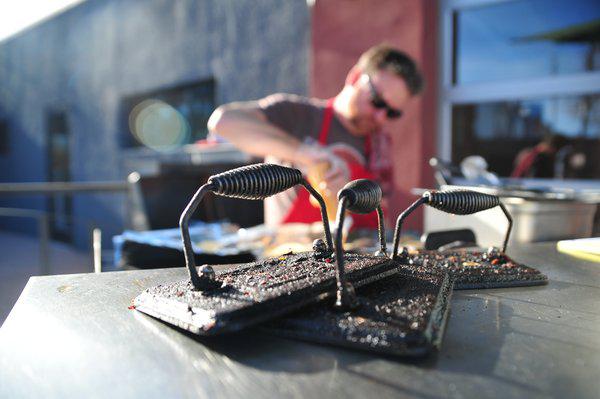 A Denver-based chile sauce startup is ready to kick the business up a notch.

Bill Yalch started Chile Billy as a food cart selling tacos, burritos and quesadillas in brewery parking lots and music festivals. Now Yalch wants to focus more on the sauce he slathers on the meats than the special events he still caters.

“For the amount of time and effort you put into a food cart, it’s a lot like a restaurant – lots of investment, but not with a lot of return,” Yalch said. “Going into the specialty food business, I think I can apply my knack for cooking and my sales skills a heck of a lot better than I could with the food cart.”

Later this fall, Chile Billy will turn up the heat with two new flavors and a holiday gift basket.

Yalch said he’ll release a Palisade peach habanero and a Sriracha made from red chiles grown in Pueblo.

His two standbys are the Loraine’s Chipotle Cherry and Adobo sauces. 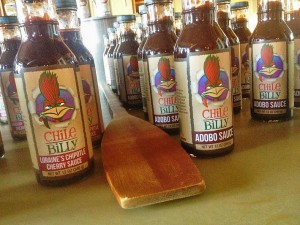 Chile Billy four-packs (one bottle of each recipe) will sell on the company’s website from Oct. 30 through Dec. 30. Yalch said he thinks he can sell between 200 and 400 holiday packs online.

But his bigger hope is that the gift boxes – and maybe down the line a crowdsourcing campaign – will help him grow a vocal fan base. He said he grossed $15,000 in sauce sales so far this year.

Yalch is hoping to eventually land with a distributor who can help get the sauces into more restaurants and retailers than he can hustling solo.

“The opportunity to get more food into more places at the same time is great – as opposed to grinding it out and trying to get into multiple retailers at one time,” Yalch said. “You’re better off having fewer stronger relationships than having many relationships that aren’t as beneficial.”

For now he sells online and at one local store: Savory Spice Shop. Chile Billy was in more stores, but Yalch said he found that dealing with local retailers was not worth the headache. Some stores would alert him when they were out of sauce, he said, but others were oblivious when the Chile Billy shelf was bare.

“You start going down the road of putting it in as many retailers as you can, and that’s kind of a sketchy experience,” Yalch said. “You can’t be in every retail location to sell your product. You have to step back and think which retailers are better for you.”

For a distributor to pick up Chile Billy, Yalch will need to bring down the retail price of each bottle from its current price of between $8 and $9.

And he’ll have to boost production, which is currently handled by two part-time workers at the Kitchen Network, a commissary and bottling facility in Southwest Denver.

“Making something with your hands – making it, cooking it – there’s nothing better,” Yalch said. “But making money on it? That’s a different story. What we’re really trying to figure out is how to maintain the quality of our product while keeping costs down.”

Yalch was working as a real estate agent in Pittsburgh until 2009, when his wife got a new job and the pair moved to Denver.

“Building a real estate business takes a lot of time and effort,” he said. “I wanted to do something in the food industry. I have more of a passion for food than for actual real estate.” 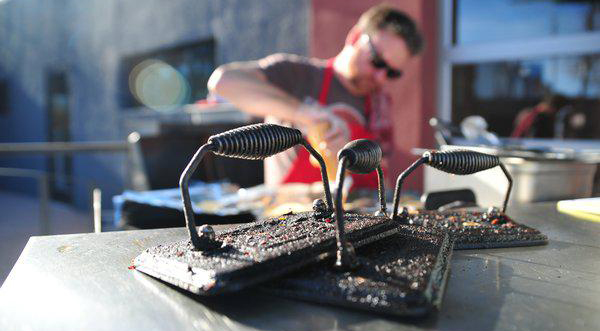