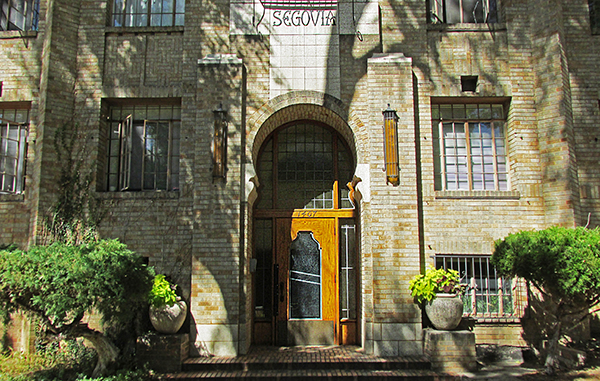 The former owner of the Segovia apartment building has returned to the property. Photos by Aaron Kremer.

Blackman, who co-owns about a dozen apartment buildings and runs property management and brokerage firm Brownstone Realty, again has the keys to the Segovia, a Moorish apartment building built in 1931 with mahogany doors and Spanish architectural flavors like arched doorways.

“I sold that building to what is now the former owner (in 1988),” Blackman said. “Then a few years later, he asked me to come back and manage it for him, so I managed it up until I bought it back.”

Blackman said he also rented a unit on the first floor of the Segovia in the 1990s when he had a home in Boulder and got tired of commuting. 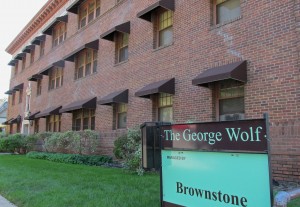 Another apartment building near the Segovia recently fetched more than $5 million.

Blackman paid $3.7 million for the building, which has 16 units. He said he plans to invest six figures upgrading the apartments with new kitchen appliances and granite countertops. The building only has one-bedroom units, which rent for $1,500 to $1,700 a month, he said.

“It’s definitely an older group of professionals,” Blackman said of the renters, most 35 or older. “Several renters use it for a second home because they live in the mountains.”

Blackman also brokered a $5.7 million deal this month for the 28-unit building at 785 Humboldt St. two blocks away. He said the seller – the estate of late former Bronco and Denver lawyer William Keating – came to him directly.

“That building was extremely under market,” he said – one-bedroom apartments were renting for less than $700 per month.

Blackman said he plans to upgrade the units at 785 Humboldt, too, adding new kitchen floors and new appliances. The renovated units should rent at rates between $1,200 and $1,700, Blackman said.

Blackman said most of the buildings he owns and manages are around Capitol Hill. In February, he paid $3.5 million for 1115 Logan St.

The former owner of the Segovia apartment building has returned to the property. Photos by Aaron Kremer.

A pair of apartment buildings in Cheesman Park, both built in the late '20s and early '30s, recently sold for a combined $9.4 million - and one of the deals marks the return of a former owner after more than 25 years.