A startup residential brokerage says it is taking its industry-rattling vision an hour north.

Denver-based Trelora – which charges home buyers and sellers a flat fee in an effort to undercut the traditional 6 percent spent on commissions – will expand outside the metro Denver area for the first time with a new office in Fort Collins, the company said this week.

Trelora said it is planning to lease 3,000 square feet in Fort Collins after many of its customers expressed interest in the city’s properties. The company wouldn’t say if it has signed a lease or what part of town it is looking at.

Hunt said the company, which began operating in 2012, is expanding gradually to make sure each new office can be profitable on its own. 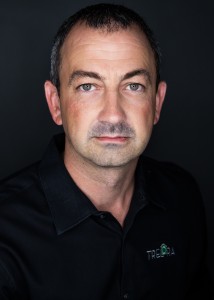 “I don’t want the success of Denver holding up the losses of another major city,” Hunt said. “That’s not our growth plan. We’re not in a rush to expand to other cities.”

Trelora has been profitable on and off since its founding, Hunt said. But investments on hiring, new office space and website customizations sometimes put it back in the red.

In 2014, the company sold 464 homes, Hunt said. The firm currently has a total of 39 employees in its Denver office, 10 of whom have real estate licenses, Hunt said.

Trelora does not pay agents by commission based on home price. Instead, seller’s agents working with Trelora receive a flat fee of $2,100. Buyer’s agents are paid $3,000. Those rates are many thousands of dollars less than brokers generally fetch on home sales in Denver’s smoking hot housing market. For example, on a $400,000 home sale, the buyer’s agent and the seller’s agent would generally earn $12,000 each when a standard 3 percent commission applies to each side of a deal.

Trelora has also raised eyebrows by letting customers compare commissions that have been offered on all properties in its searchable database. Additionally, they can view all emails between Trelora and other agents, title companies, mortgage companies, inspectors and appraisers.

In February, multiple-listing firm REcolorado threatened to fine Trelora or block its access to the service after its database launched and made commission info available to the public.

Trelora will likely face similar resistance as it expands to other cities, Hunt said, since it depends on real estate agents and services like REcolorado.

That isn’t stopping Trelora from developing its online platform, which will unveil new functions this fall.

“Over the next 18 months, consumers will have as much control in their real estate transactions as they do in their banking and travel transactions,” Hunt said.