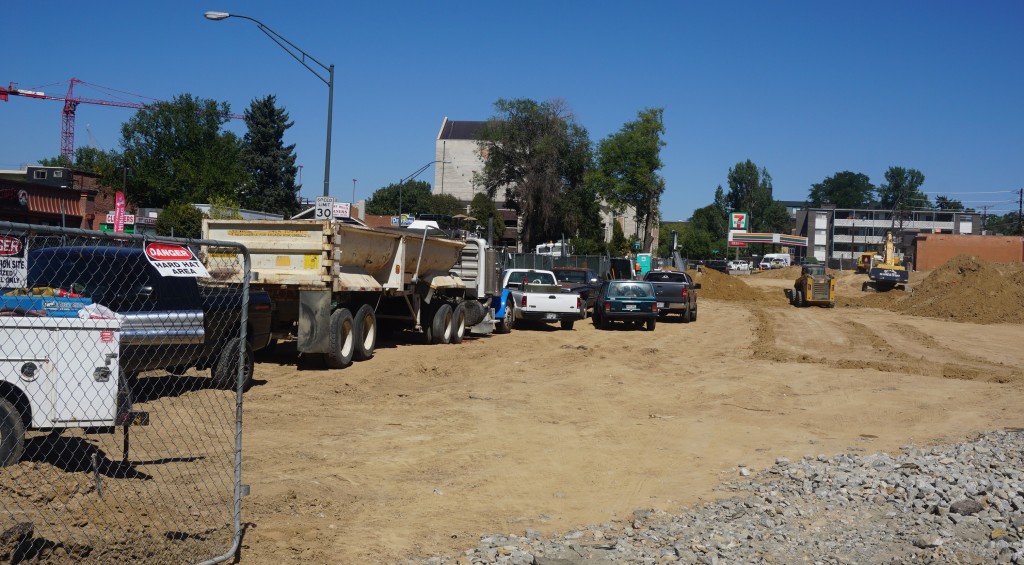 Work has begun on a large apartment complex near DU. Photo by Burl Rolett.

A project 40 years in the making is underway near the University of Denver.

The building will sit in the heart of Pioneer territory. But Tessler said it’s not necessarily aimed at students.

“We’re looking for everybody, whoever wants to rent in the area,” he said. “It’s a good neighborhood – a great neighborhood, I think. It will be the nicest building in Denver, we’re investing a lot into amenities, and it will be a very elegant building.”

Tessler has cleared the entire 1.72-acre lot stretching north from Harvard Avenue. The plot previously hosted a handful of older buildings, including an upholstery shop, a pair of small apartment buildings, a Mexican restaurant and a couple of office buildings.

The building Tessler has in the works, according to plans submitted to city, will be five stories tall with about 208,000 square feet of residential space. Tessler said he’ll also add about 36,000 square feet of ground-floor retail to the project in five commercial stalls.

The apartment building will also include a pool, hot tub, gym, rooftop deck and an entertainment center, Tessler said. The development will take up virtually the entire block, save for a 7-Eleven still operating at University Boulevard and Wesley Avenue.

Tessler has been putting the land together for almost four decades, Denver city records show. The entire property covers 20 University Boulevard lots, eight of which Tessler bought in 1978 for $260,000. He added another chunk of the block in 1983 for $165,000 and finished the land assemblage in 2013 and 2014 in a pair of deals totaling $1.5 million.

The entire property was previously zoned for three stories. City Council unanimously voted to rezone it to allow a five-story building in May 2014.

Tessler said he’s hoping to open the building in March 2017. Shears Adkins Rockmore is the architect for the project. Tessler’s own construction company, WBB Construction, is the general contractor. 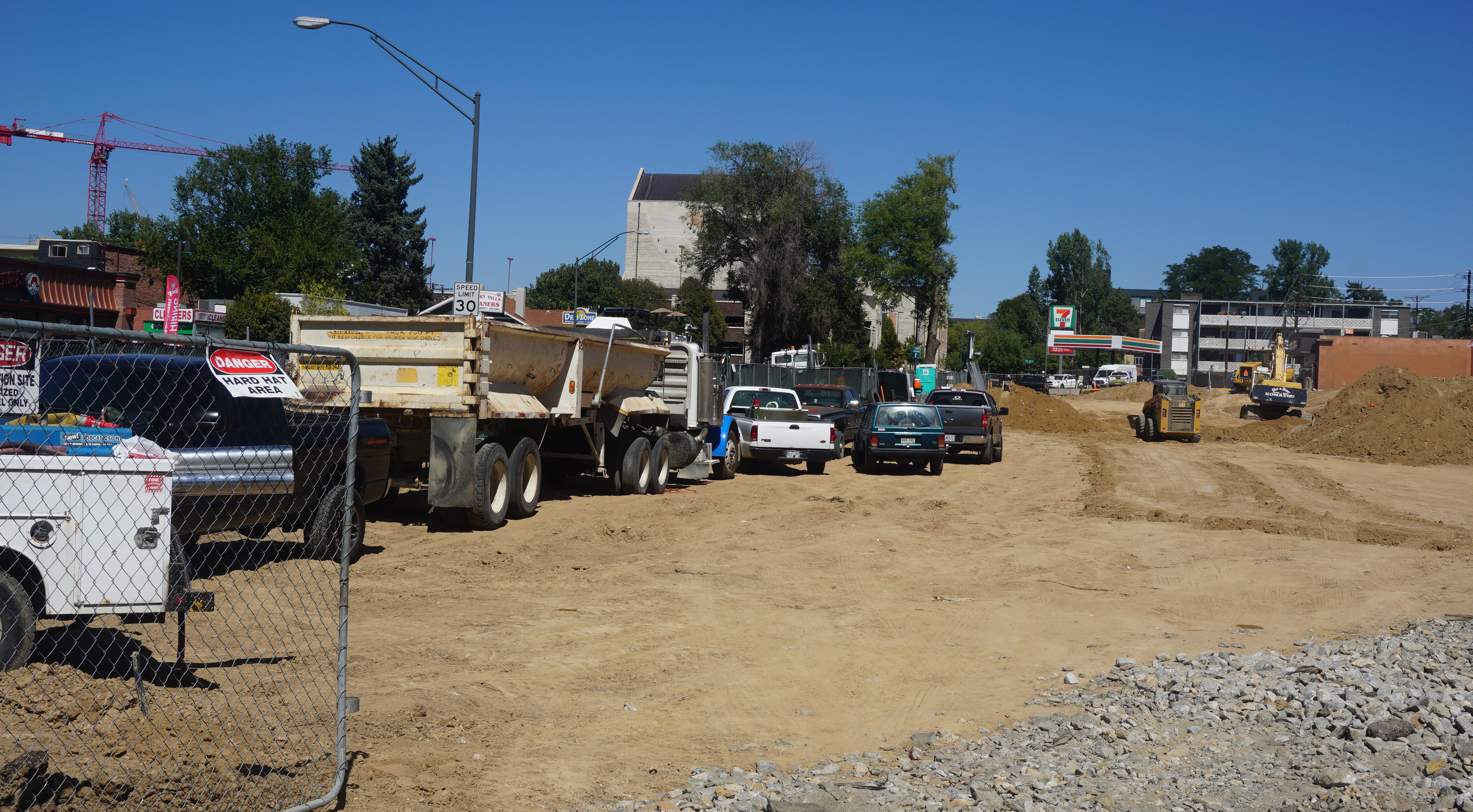 Work has begun on a large apartment complex near DU. Photo by Burl Rolett.

For nearly four decades a New York developer – with several Manhattan skyscrapers to his credit – has assembled land near DU. And he’s finally ready to start building a 250-unit apartment complex.