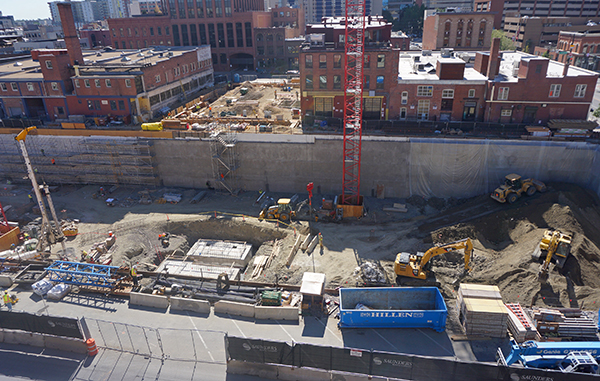 A new mixed-use project has dug up a block of Wazee Street. Photo by Burl Rolett.

A block of LoDo is sitting a few stories lower.

Dairy Block broke ground in May with hopes of finishing in 2017. The project is being developed by McWhinney, Grand American Inc. and Sage Hospitality. All told, Dairy Block will cost about $150 million to build, McWhinney CEO Chad McWhinney said at the spring groundbreaking.

The project is being financed with a loan from Bank of the Ozarks. Saunders Construction is Dairy Block’s general contractor. 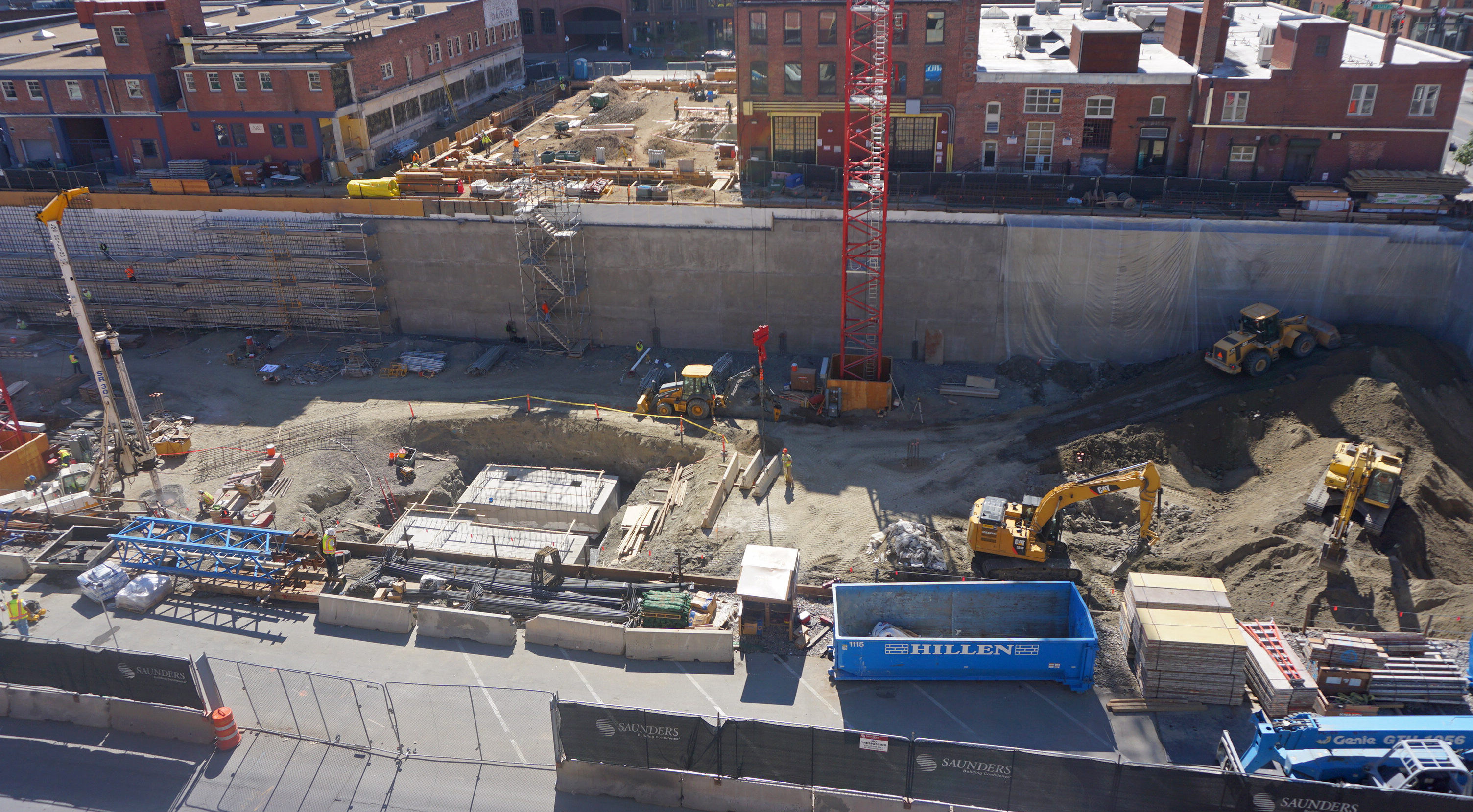