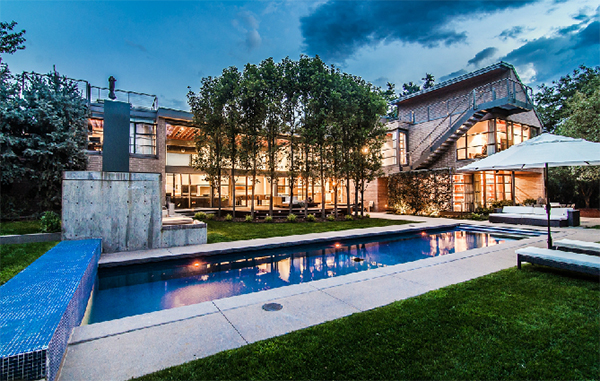 A custom home at 100 S. Marion Parkway is up for grabs. Photos courtesy of The Wolfe Group.

The house that burritos built is on the market.

A Wash Park house built by Chipotle CEO Steve Ells at 100 S. Marion Parkway has been listed for $4 million.

The 5,300-square-foot home sits 10 feet above the street on one-third of an acre and looks north on the Denver Country Club.

Broker Ian Wolfe, who is handling the listing for The Wolfe Group, said that Ells spent about $3.5 million on the construction of the house, which was designed by Thomas Briner. 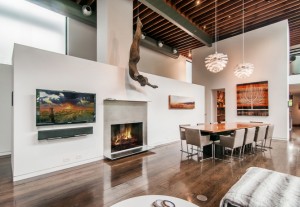 “Steve Ells built it to be unassuming, and it’s somewhat of a fortress,” Wolfe said. “It’s very secure and private, and when you get up into the home, the backyard is unbelievable with a lap pool and great landscaping.”

Wolfe said he thinks the likely buyer will be a couple or a single person because the four bedrooms are not grouped together.

“I could see a professional athlete buying it,” he said. “It’s the ultimate bachelor pad.”

The house is currently owned by Louis Bansbach IV, who paid $3.5 million for it in 2008, according to Denver property records. Ells bought two lots in 1997, according to an article in My House magazine from 2004.

And fitting for a restaurant magnate, the house has an outdoor kitchen with a wood-fired pizza oven.

A custom home at 100 S. Marion Parkway is up for grabs. Photos courtesy of The Wolfe Group.

A house custom built for Chipotle CEO and founder Steve Ells right next to the Denver Country Club has been listed for $4 million.