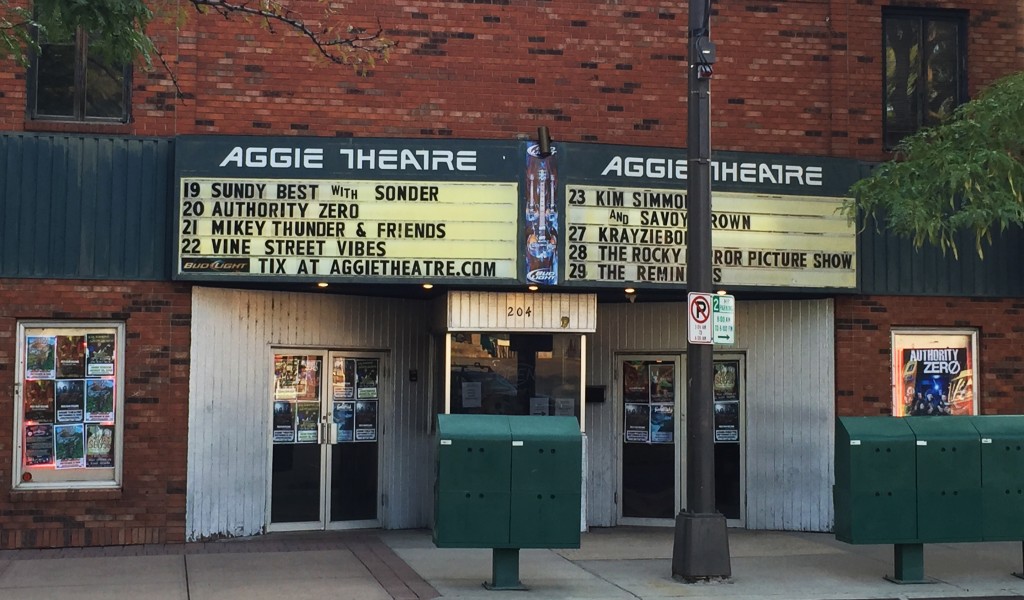 The Aggie Theater will be taken over by a new operator.

The owners of a Denver music venue are going on tour – to Fort Collins.

Cervantes co-owner Scott Morrill signed the deal to book shows in the 650-person Aggie Theater last week. According to Larimer County public record, the venue is still owned by Lacoste LLC, which bought it in 2010.

“It’s a pretty smooth transition,” Morrill said. “The old owner, Scoo (Leary), is going to keep doing shows here while we slowly take over the calendar. We’ve done a lot of shows up here with him in the past.”
Leary and Morrill met when the two ran Hodi’s Half Note, another Fort Collins music venue, from 2007 through 2009.

Morrill, who also books talent for Cervantes and the Arise and Sonic Bloom music festivals, said that operating the Aggie will give him a wider territory to promote concerts.

“It’s important for us to have another market besides Denver,” Morrill said. “It gives us more options to offer bands and agents when we book them. When you’re competing to try and get a band and you can offer them two dates instead of one, that gives you leverage.”

Morrill said he plans on upgrading the Aggie’s sound system.

The Aggie originally opened as the Aggie Movie Theatre with a screening of “Ivanhoe” in 1953 and closed its doors in 1995. Leary purchased the building and reopened it as a music venue in 2002.

The venue had its share of troubles under Leary’s reign, as well. In 2013, Fort Collins police suspended the Aggie’s liquor license after officers found drunk and underage patrons at the venue.

Morrill, 39, grew up in Denver before attending the University of Kansas. He returned to Denver in 1999, where he worked in real estate for the next four years.

Morrill bought Cervantes in 2003 with fellow Denver promoter Jay Bianchi. He bought out Bianchi’s share in the venue and operated it himself in 2009. Bianchi is still active in Denver’s music scene and runs Quixote’s True Blue on Logan Street and Sancho’s Broken Arrow on Colfax.

The Aggie Theater will be taken over by a new operator.

The operators of Denver's Cervantes music venue have signed a deal to take over operations at Fort Collins' historic Aggie Theatre building.