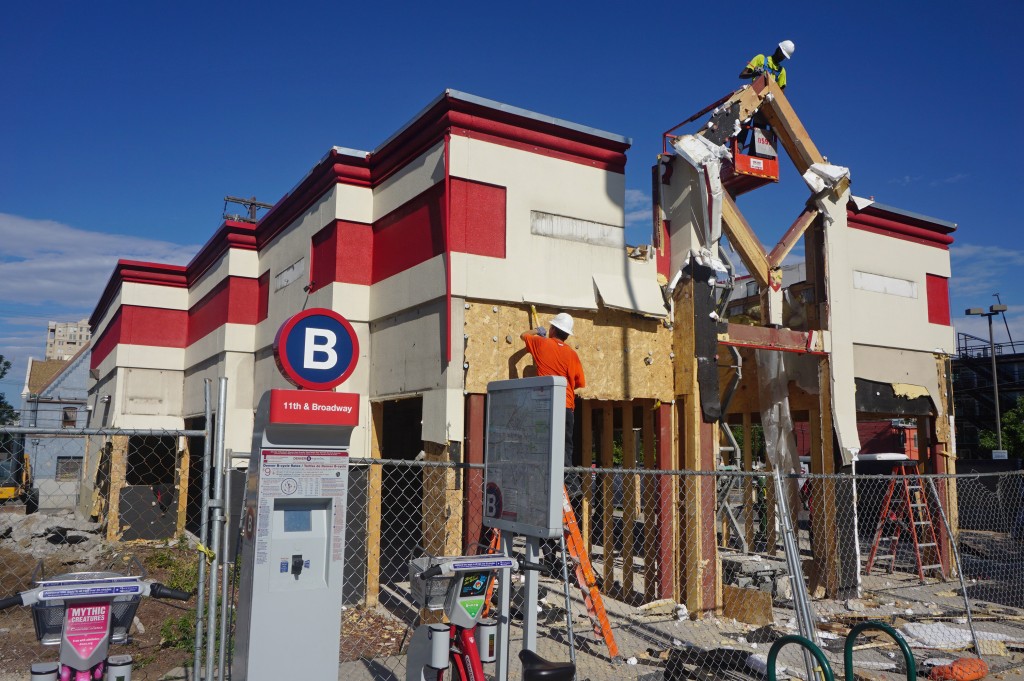 Crews tore down a former Arby’s restaurant at 11th and Broadway. Photo by Burl Rolett.

Torchy’s Tacos is tearing into Denver.

Construction crews are ripping apart a former Arby’s building at 11th Avenue and Broadway to make way for a planned Torchy’s Tacos. It’s one of 10 or 12 locations in Denver and the surrounding area Torchy’s says it has planned for the next few years.

On its website, Torchy’s said the Broadway store is slated for an opening this winter. Torchy’s has also leased 4,000-square-foot spaces in Fort Collins and Westminster.

The Austin-based taco chain has stores in seven Texas cities so far, according to its website. The menu includes breakfast tacos and standard tacos, as well as chips and dips. Tacos cost between $3.50 and $4.75 apiece and include green chile pork, fried avocado and baja shrimp varieties.

Crews tore down a former Arby’s restaurant at 11th and Broadway. Photo by Burl Rolett.

With the demolition of a sandwich chain's former Broadway building, an Austin taco restaurant is kicking off its 10-shop expansion into the Denver area.