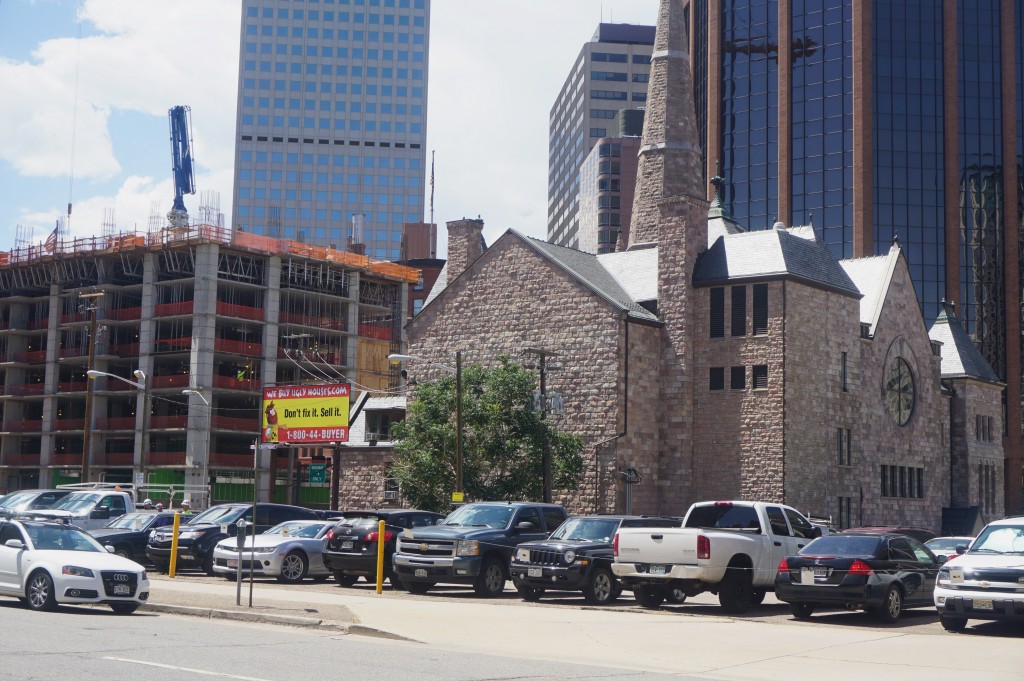 A downtown trade school has eyes on adding to the Denver skyline.

The Emily Griffith Foundation bought 2 acres of land at Broadway and 19th Avenue this month for $14 million, city records show, with plans for a 200-unit apartment tower atop an expanded Emily Griffith Technical College.

“We looked hard for the right piece of land that was close enough to make sense and, lo and behold, the property across the street was available,” said Alby Segall, president of the Emily Griffith Foundation. “We were able to jump on it very quickly and at a reasonable price.”

It’s a development plan that started about 20 months ago as a search for a parking lot, Segall said, and grew into a major development plan for the school and local real estate firm Zocalo Community Development.

The college announced its move to 1860 Lincoln St. last summer, and the school’s executive director Jeff Barratt asked Segall if the foundation could find some more parking spaces for the college.

“I said ‘sure,’ naively, thinking we could find some lot to rent and put up some metal structure,” Segall said. “I called a friend, (Zocalo Principal) David Zucker, and sooner than I knew we were talking about buying a piece of property for a new building that included all of these multiple uses.”

Zocalo will be the developer on the project, a tower that Zocalo Development Manager Ivan Anaya said could have as many as 20 stories and up to 240 apartments. The college will occupy the first two or three floors, Anaya said, with parking and apartments above. 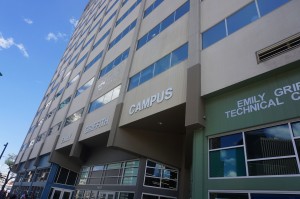 Emily Griffith will keep its main campus across the street on Lincoln.

The Emily Griffith Foundation owns the 2-acre plot, which takes up the entire 1800 block of Lincoln and Broadway save for the Trinity United Methodist Church. Anaya said it is unclear at this point what sort of ownership stake Zocalo may take in the eventual apartments and expanded Emily Griffith campus.

“That will have to be hashed out later,” he said. “We’re still in the planning stages, and financing can dictate those things.”

Anaya said he is hoping to break ground in the second half of 2016 and said it would take another year and a half to build the tower. Law firm Otten Johnson represented the Emily Griffith School in its acquisition, and Citywide Banks financed the land purchase.

The planned tower will sit at 18th Avenue and Lincoln Street. A surface parking lot and a parking deck on the north end of the block will continue to be used for the time being, Anaya said.

The current Social Enterprise Hub includes a spa and barbershop for cosmetology students and a coffee shop run by immigrant students, Segall said, but the site is buried inside the school’s current campus.

Segall said he wants to bring those shops to street level and said the school could expand the hub to add other services such as a credit union concept to train banking students. Emily Griffith will keep its current space at 1860 Lincoln St. after the new space across the street is finished.

The tower’s apartments will be set aside for renters making between 50 percent and 90 percent of the area median income, Anaya said. For a family of two, those figures come out to $32,000 at 50 percent and $57,600 at 90 percent, according to numbers from the Colorado Housing and Finance Authority.

Anaya added that the project won’t be another mostly one-bedroom, millennial-targeted complex.

“We are shooting for more family units than your typical downtown multifamily development,” he said.

The Emily Griffith Foundation is a nonprofit that provides financial support for the Emily Griffith Technical College. The college is a 100-year-old public school whose offerings include technical training, GED classes and language learning services. Segall said about 7,500 students attend the school on a yearly basis.

Zocalo has done both affordable and market-rate apartment developments, including Cadence Union Station, 2020 Lawrence and the Solera Apartments. The firm has also built the Zocalo Condominiums in Jefferson Park and the Jewell Townhomes in southeast Denver.

Anaya said the college liked the Lincoln Street acquisition for its proximity to its current campus and its spot right in the middle of downtown.

“The adjacency is probably the No. 1 reason why it made sense,” he said. “But we view this project as a potential cornerstone for the city. It being on the corner of 18th and Lincoln really makes it a visible representation of the college and its impact on Denver.”

What began as a trade school's search for more parking turned into a $14 million land deal and a plan for an expanded campus and apartment high-rise in partnership with a local developer.