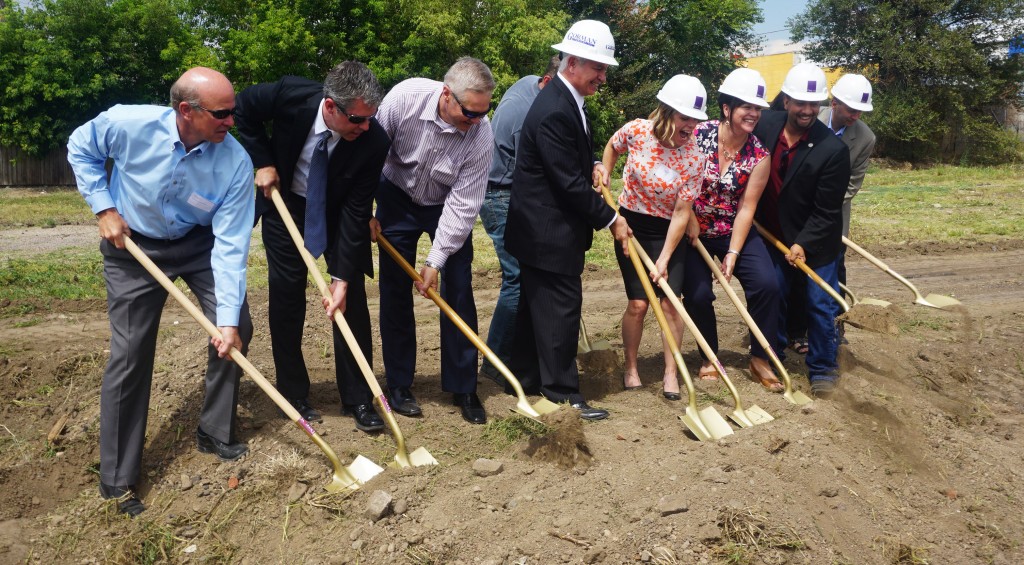 A ground-breaking ceremony on Tuesday kicked off construction of a new apartment complex. Photo by Burl Rolett.

A new-to-Denver developer is breaking into the market with a $15 million apartment project aimed at low-income renters.

Gorman & Co. broke ground Tuesday on Terraza del Sol, a 42-unit affordable housing development at 3116 W. Alameda Ave. The project has been in the works for more than a year, Gorman’s Kimball Crangle said, and started to take shape after talks with Councilman Paul Lopez about rising housing costs in the Westwood area.

“This area has historically been one of the more affordable neighborhoods in Denver,” said Crangle, Gorman’s Colorado market president. “But even the neighborhoods that have long been affordable are starting to get more expensive.”

Plans for the $15 million development call for a mix of one-, two- and three-bedroom apartments set aside for renters making between 30 percent and 60 percent of the area median income. The project is expected to be finished by November 2016. Terraza del Sol will also house nonprofit Mi Casa, which will relocate its Baker headquarters to the development. 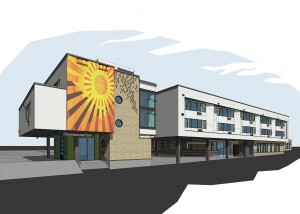 The 42 apartments are expected to be finished by next fall. Rendering courtesy of Gorman & Co.

Mi Casa, which offers employment services primarily to Latino families, will own a 20,000-square-foot office condo on the project’s first floor. The nonprofit’s condo will be the development’s only commercial space.

Mi Casa has been in Baker for about 13 years, but CEO Christine Marquez-Hudson said the neighborhood is “gentrifying rapidly.” Mi Casa’s headquarters at 360 Acoma St. is under contract to be sold. The deal will close, Marquez-Hudson said, when the nonprofit’s new office in Westwood is finished.

“This is really Mi Casa’s home,” she said. “This is where we need to be now and for the next 20 years and even more than that looking into the future.”

Rooms at Terraza del Sol will rent for between $382 per month for one-bedroom units and $733 per month for the three-bedroom apartments, according to a company press release. The 71,000-square-foot building will include a fitness room, an outdoor terrace and a common lounge room.

Though the entire building will be limited to renters making less than 60 percent of the area median income, Crangle said 90 percent of the apartments will be set aside for renters at or below 50 percent.

For a single renter, 30 percent of the area median income for Denver County comes out to $16,800, according to figures released in March by the Colorado Housing and Finance Authority. A single person at 60 percent area median income would make $33,600. For a two-person household, those figures come out to $19,200 and $38,400.

The project is being financed by Citibank and Enterprise Community Partners, as well as the Denver Office of Economic Development, Colorado Housing and Finance Authority, Colorado Department of Local Affairs and the Denver Urban Renewal Authority.

The general contractor is Deneuve Construction Services, and Shopworks Architecture designed the project. 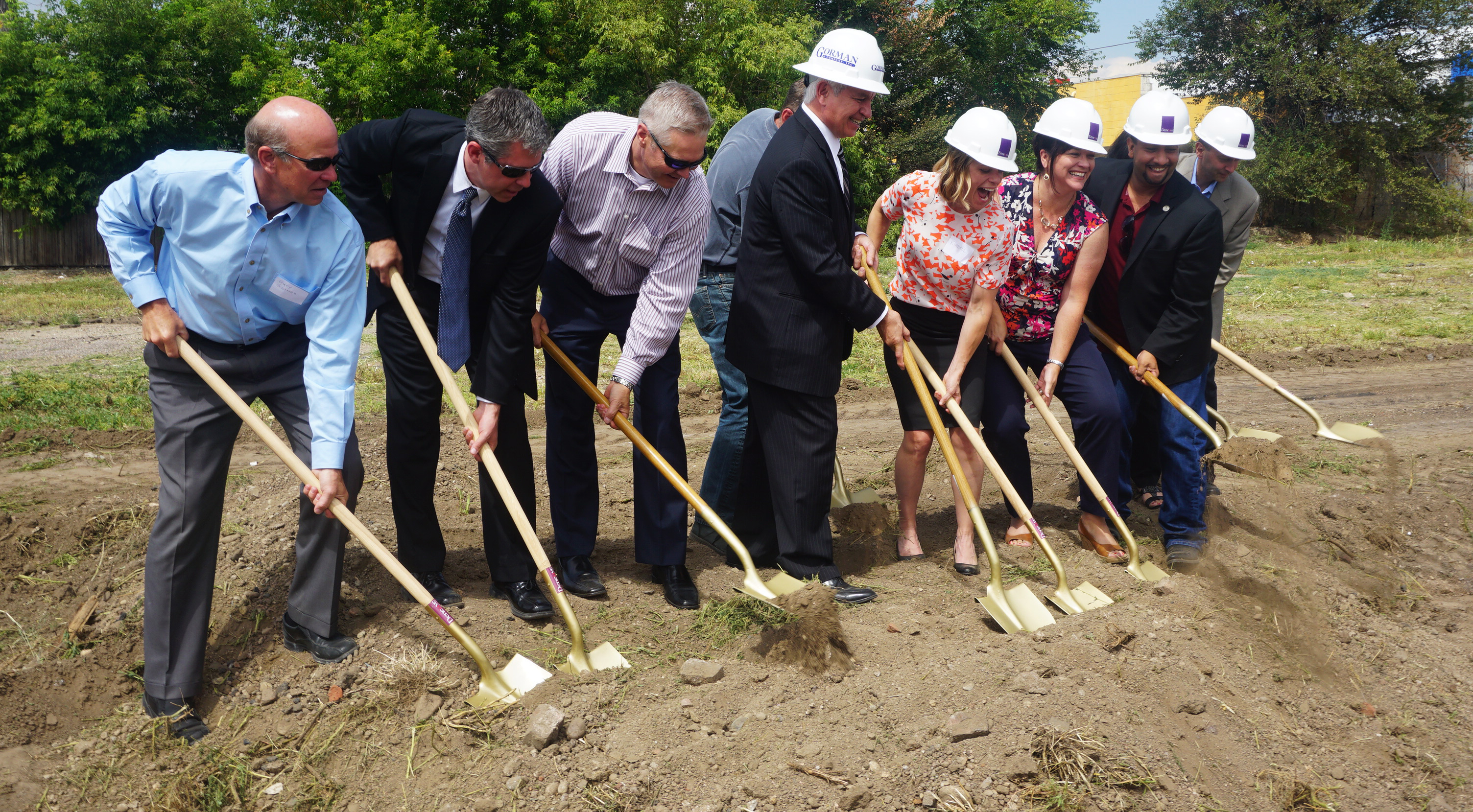 A ground-breaking ceremony on Tuesday kicked off construction of a new apartment complex. Photo by Burl Rolett.