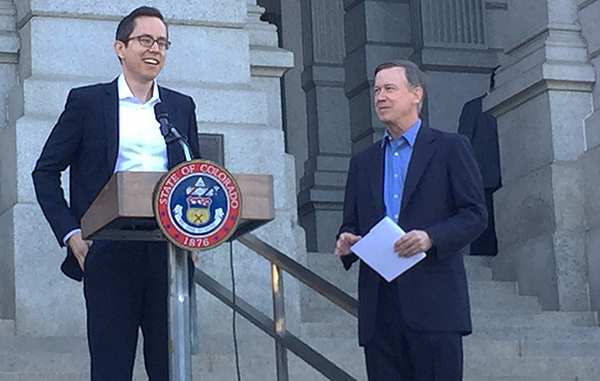 A San Francisco-based payroll company has decided to make Denver its second home – a move that could give jobs to more than 1,000 Coloradoans over the next decade.

ZenPayroll will open an office in LoDo by mid-August and hire as many as 1,750 employees within the next eight years, the company said. It will initially hire about 100 people in HR and customer service. The company said it will eventually add sales, engineering and development positions as it expands.

Both the city of Denver and the state government offered the company incentives to launch its second office downtown. ZenPayroll will receive a four-year business personal property tax exemption, as well as an eight-year package of state tax incentives worth $17.5 million, Hickenlooper said.

ZenPayroll is planning to lease a 40,000- to 50,000-square-foot office space near Union Station. The company declined to reveal the exact location, citing pending lease negotiations.

Steffi Wu, a spokeswoman for ZenPayroll, said the company will likely finalize the lease within a week and get the office up and running by mid-August. She said the company plans to acquire additional space as its Denver footprint grows.

Reeves said the company will scale up all of its operations after it builds a foundation in Denver.

“We could have over half of our company here in the future,” he said.

ZenPayroll, founded in 2012, offers cloud-based software that automates the more complicated aspects of payroll, such as taxes and compliance. It serves more than 10,000 small businesses throughout most of the country, the company said.

“One-third of companies get fined every year for incorrectly doing their payroll,” Reeves said. “It takes a lot of time and effort and makes it harder to start a business and hire a team.”

In April, the company closed a $41.6 million capital raise, according to securities filings. Google Capital led the funding round.

At the time of the capital raise, the company employed 84 people at its San Francisco headquarters. Its website lists dozens of job postings for that office, as well as seven in Denver.

With more than $17 million in incentives from the city and the state, a young San Francisco company will put up to 1,750 people on its Denver payroll as it launches a second office near Union Station.