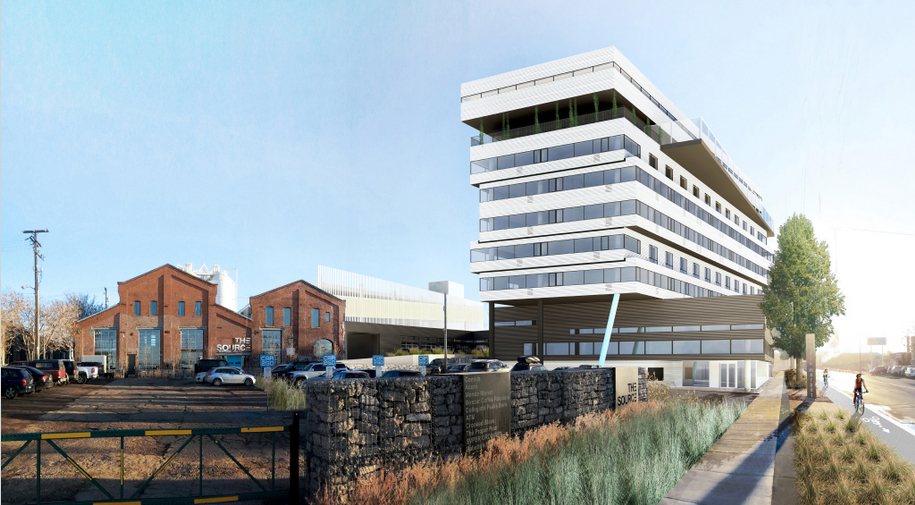 Another big name in Colorado beer is tapping into RiNo.

New Belgium Brewing Co. will open a 2,000-square-foot microbrewery at the planned Source Hotel on Brighton Boulevard. It’s a 10-barrel pilot brew house New Belgium will use to experiment with barrel-aged sour beers.

New Belgium spokesman Bryan Simpson said the Fort Collins-based brewery wasn’t necessarily in the market for a Denver outpost. But it took a liking to the Source Hotel project.

“A lot of our folks had been down to visit the Source and really liked the model,” Simpson said. “The focus is on artisanal and how things are crafted; everything has a window where guests can watch people work.”

New Belgium will lease the space from hotel owners Zeppelin Development and the group behind Boulder’s St. Julien Hotel. Simpson declined to estimate what the brewery would cost to build. The budget for the entire hotel is about $41 million, Zeppelin Principal Kyle Zeppelin said in May.

The brewery will take up about 2,000 square feet on the hotel’s ground floor. New Belgium will also have a barrel-aging space dubbed “The Woods” on the roof of the eight-story building with room for about 50 wine and whiskey barrels.

The rooftop space will also have its own bar, snack counter, sit-down dining area and beer garden. The beer New Belgium brews at the Source will be sold only within the Source complex, Simpson said, but new recipes could eventually find their way off Brighton Boulevard.

“With this smaller deal in Denver, we can play around with more sour styles and blends,” Simpson said. “The idea of hands-on, working in small batches is really appealing and a lot of fun.”

The deal between Zeppelin Development and New Belgium started brewing last summer when the brewery did a pop-up display at The Source. Kyle Zeppelin said Tuesday that the two companies weren’t planning to work together at the time, but Zeppelin reached back out to New Belgium as the company’s hotel plans came together to ask about adding an on-site brewery.

“It seemed like a bit of a shot in the dark, but it was something they were pretty receptive to talking about,” Zeppelin said. “To have active production happening off the hotel’s lobby was something that kind of fit into the bigger idea for the (Source) project.”

Simpson said the exact beer menu at New Belgium’s Source brewery has yet to be hammered out, and the company was not sure if it would make any of its more common beers there. New Belgium will hire one full-time brewer for the new location.

It’ll be tough for beer drinkers to leave the Source without a sour taste in their mouths. Sour beer brewery Crooked Stave has a taproom inside the original Source building, though the company does not brew beer on-site.

The Source Hotel is scheduled to open in early 2017. The project includes 100 guest rooms and a 25,000-square-foot retail and restaurant marketplace that will be an extension of the original Source market next door. Bruce Porcelli, a St. Julien and Source Hotel co-owner, estimated rooms would rent at $200 a night.

New Belgium will join MillerCoors-owned brand Blue Moon as a widely distributed Colorado beer brand moving into River North. Blue Moon will open its own brewery in a warehouse near 38th and Delgany streets in 2016.

As New Belgium pushes into RiNo, it’s also pumping about $175 million into an East Coast brewing powerhouse in Asheville, North Carolina. That brewery, set to produce 400,000 barrels a year, is slated for a late 2015 or early 2016 opening, the company announced last month.