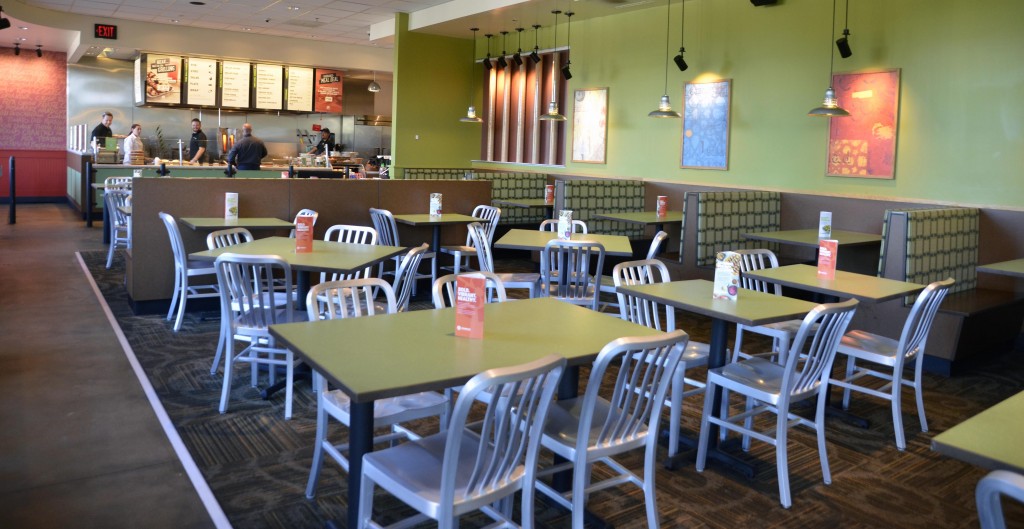 The Denver Mediterranean fast-casual chain that gives out free falafel to customers waiting in line has rebranded with a new logo and tweaks to its name and menu.

Eight-year-old Garbanzo Mediterranean Grill is now Garbanzo Fresh Mediterranean. And the company, which has 24 stores, has a new round logo to replace the blocky orange and green banner.

“The company hadn’t changed much over the last eight years, and it was time for a change,” said Rob Terranova, the chief operating officer at Brand Iron. “We have healthy, fresh items that a lot of places can’t compete with, and it’s a low-calorie food item.”

Terranova said his firm took over all marketing for Garbanzo, which used to handle it in-house.

“We simplified the menu, and you can now get anything you want. It’s completely customizable,” Terranova said.

Terranova said that the chain is also adding a gyro cone, which slowly rotates the gyro meat.

“It’s like you’d see in a Mediterranean street bazaar,” he said. “Then it’s sliced right there off the cone.”

Garbanzo’s President Bob Bafundo said the chain paused from expanding its footprint to focus on updating the logos and menus. But now he’s again focused on growth.

The company sells franchises outside of Colorado and runs company stores in its home state.

“The majority of our stores are south (of downtown Denver),” he said. “There is plenty of infill that we can do in the I-25 corridor north of downtown.”