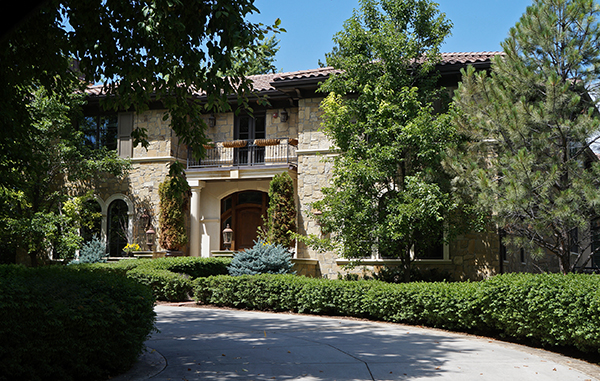 A 9-year-old house in Cherry Hills Village with a $3.85 million price tag was the highest-priced home sale in June, according to Colorado MLS.

A couple from Boulder put the five-bedroom, eight-bathroom mansion at 4601 S. Lafayette St. under contract about two weeks after it was listed at the start of April, said Linda Behr, an agent with LIV Sotheby’s International Realty who listed the property.

“They saw other properties in the area, but they saw this one early on and put an offering on it early,” she said. “From what I could tell with them, they were attracted to the floor plan and the finishes and just the way it feels being in that neighborhood.”

The 11,000-square-foot house sits on a 1-acre lot. It has seven fireplaces, a home theater, a wine cellar and a flagstone courtyard with entertainment amenities.

“The house is a beautiful newer stone and stucco home on one of the best blocks in Old Cherry Hill,” Behr said. “It showed beautifully and it had great outdoor spaces.”