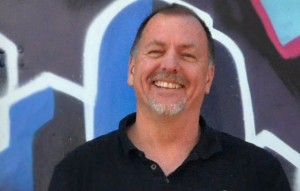 A RiNo tech company is pushing deeper into the cloud after a boost of funding.

Levels Beyond, which sells products that manage and distribute video content, received $2 million in equity funding late last month from San Diego-based TVC Capital, an infusion that will fuel the expansion of its product capabilities and sales offices this year.

“We were doing pretty well, but our investors said that we could do more growth in the cloud and accelerate customer growth with a financing round,” CEO Art Raymond said.

The latest funding round brought total equity investment in the company to $9 million, according to SEC filings.

Using a combination of server and cloud technology, Levels Beyond stores millions of video files in a searchable database that plugs into Adobe products and other editing software. The web-based platform is meant to make file access, transfer and review easier between different locations before it’s distributed to a news outlet, television channel or website.

This year, the company is working to develop more cloud services and partnerships that add to its product capabilities. Around the time of the funding, Levels Beyond announced its partnership with Los Angeles-based Rightsline, which offers rights and contract management software. The companies are working together to develop an interface that shows video editors the rights associated with the content they’re producing.

“Everyone needs rights information, especially if your content is valuable,” Raymond said.

Levels Beyond is also expanding its sales team to New York and Los Angeles, two of its primary markets.

Levels Beyond has acquired about 30 new customers this year, and Raymond said he plans to strike deals with about 30 more before year’s end. Raymond said his customers include the New York Times, Warner Brothers and Comcast.

Levels Beyond’s Reach Engine isn’t the only platform that handles large media files. Adobe offers a similar product called Experience Manager that can store a number of file types in a searchable cloud database. But Raymond said Reach Engine is different because it also offers content delivery and performance analytics that can inform a producer’s next project.

“We have different competitors at different stages, and Adobe is our biggest competitor,” Raymond said. “But we don’t have any competitors that focus on planning and preparation the way we do.”

Raymond founded Levels Beyond in 2007 with five other employees. He now employs 60 and expects to hire six more engineers this year.

Within the next two years, he said he expects the company to be acquired.

“Our clients are asking us to do things that are super aggressive and innovative because the baseline has given them the vision to do those things,” he said. “That would take a deep-pocket partner and someone with the infrastructure to do that because we can’t afford to build it.”

With a $2 million investment boost in hand, a RiNo video management company has plans to add offices in new cities and further develop its platform.