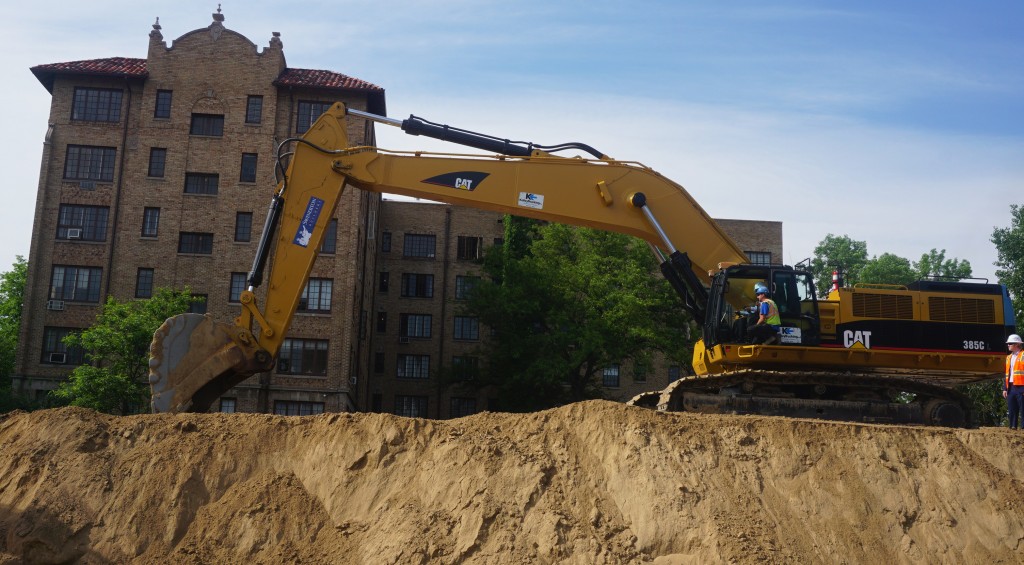 With 60 stories of apartments to build, a Denver-based developer didn’t bother towing the shiny silver shovels to a Monday morning groundbreaking.

Instead, The Broe Group put Mayor Michael Hancock in the driver’s seat of a Caterpillar excavator to flip a ceremonial bucket of dirt at its $190 million Country Club Towers project.

The development will feature a pair of 31-story towers totaling more than 550 apartments. The project has been in the works for at least 12 years now, and Broe Real Estate Group CEO Doug Wells said it took a moment where the economic “stars aligned” to get the two towers out of the ground.

He specifically mentioned a good market for financing and the flood of new residents looking for a place to live in Denver.

“This is a very supply-constrained market,” he said. 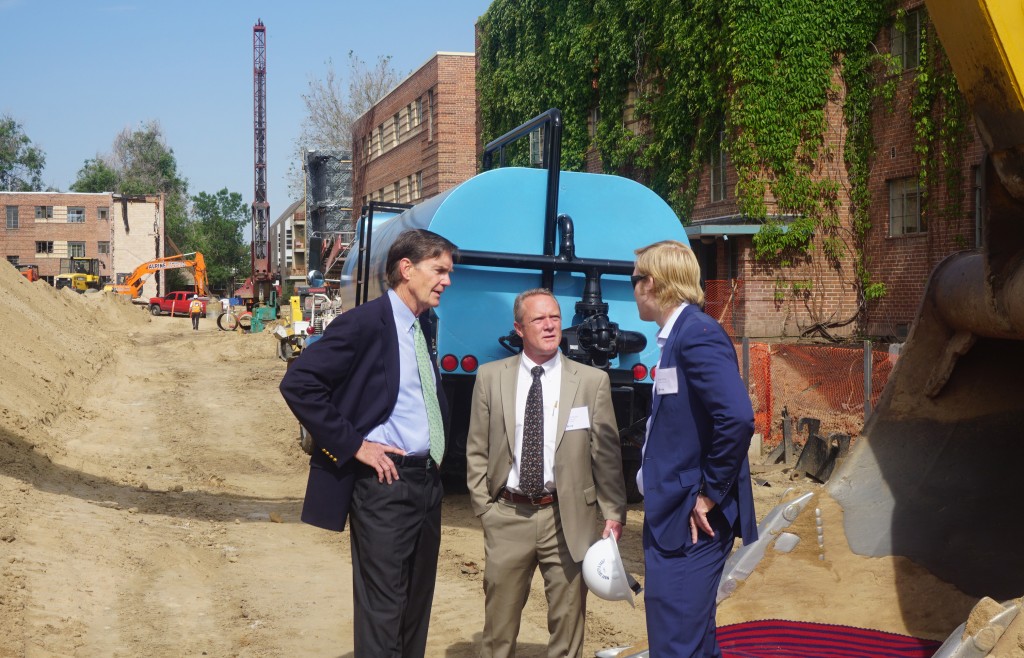 The high-rises will have 552 apartments between them. Broe will put the other six apartments in a 75-year-old brick building facing Downing Street that the wrecking ball spared. Common amenities include a 26,000-square-foot pool deck, fitness center, yoga studio, game room and a coffee bar.

The Broe Group also recently renovated the first Country Club Towers building, which sits at the southwest corner of the 8-acre Country Club Gardens complex. The firm put $4.7 million into upgrades at that building.

Wells said the company is also plotting renovations for a handful of low-rise buildings just north of the tower site, but hasn’t yet settled on a scope or time frame for those upgrades.

“It will come down to a capacity issue, and how much construction we can handle going on there at one time,” he said.

The Broe Group has owned the land for decades, and the towers earned the approval of City Council and the planning board more than a decade ago. The plan stirred up controversy in 2014 when Broe took it to the Landmark Preservation Commission for design-related reviews.

Demolition has been underway at the site since at least May, and Broe Group plans to finish construction by the middle of 2017. Swinerton Builders is the project’s general contractor, and Solomon Cordwell Buenz is the architect.

Wells declined to put a number on rent in the towers, saying it’s difficult to forecast what rates the market might support two years down the road. But he said the area would be a big draw for tenants.

“The location that the towers are in is pretty irreplaceable when you think of the proximity to Wash Park, Cherry Creek and the bike trails,” he said.

Mayor Michael Hancock did the honors at a Monday groundbreaking on a pair of high-rise apartment buildings next to the Denver Country Club.