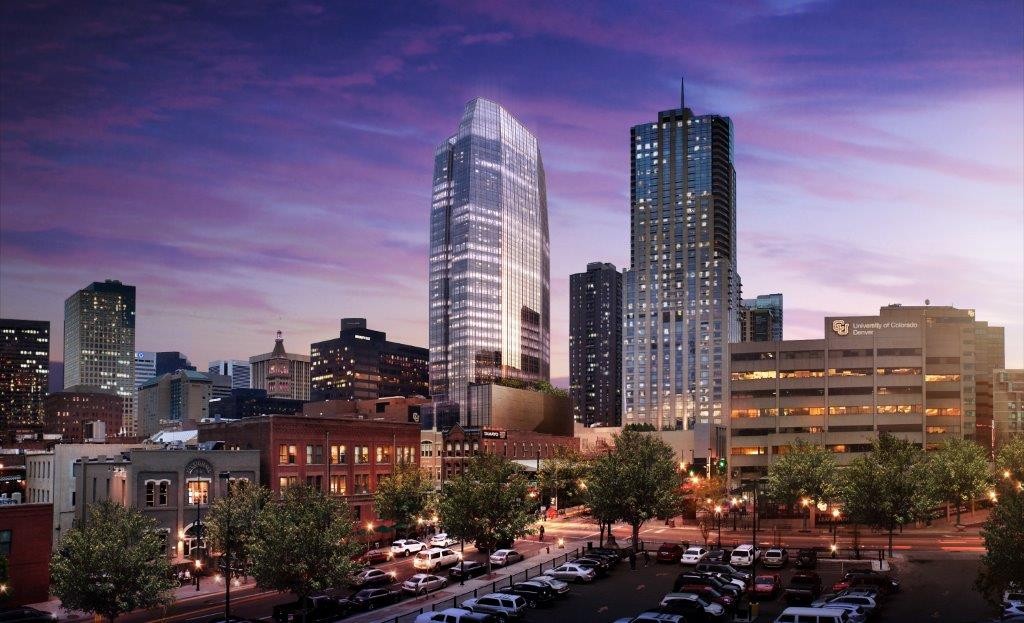 For the first time in more than 30 years, a 600-foot office building is under construction in downtown Denver.

Houston-based development firm Hines hosted a groundbreaking Tuesday for its $300 million 1144 Fifteenth office building at Arapahoe and 15th streets. It’s a 100 percent speculative project, and construction is scheduled to finish in January 2018.

1144 Fifteenth will rise 40 stories from a vacant parking lot. The first 13 floors will house retail space, restaurants, a 5,000-square-foot fitness facility and an 880-space parking garage. The building will have 662,000 square feet of office space on the remaining floors. 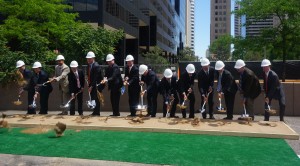 Construction is expected to take 2½ years.

Hines has been working on the project for more than a decade, managing director Jay Despard said. The developer bought the land for nearly $18 million last month. And the first $141 million worth of building permits on the project were issued May 29, city records show.

Hansel Phelps is the general contractor on 1144 Fifteenth. Connecticut-based Pickard Chilton designed the building. JLL is tasked with leasing the skyscraper.

The building will be the second mark Hines has put on the Denver skyline. Hines developed the Wells Fargo building in the early 1980s and is also building 300,000 square feet of new office space at 1601 Wewatta St. The 1515 Wynkoop office building was also developed by Hines.

A CBRE market report for the first quarter of 2015 put the vacancy rate for downtown office space at 11.4 percent.

A Texas developer put the first shovels in the ground Tuesday on the future site of a 40-story office building downtown.