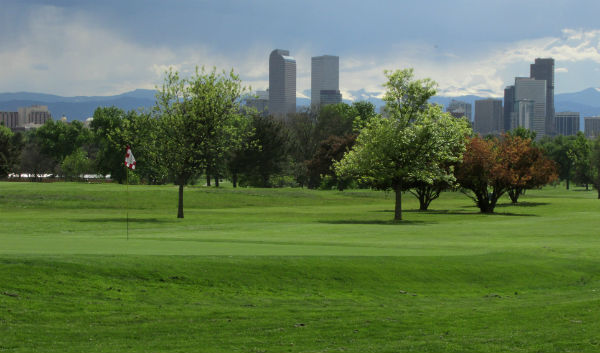 While three weeks of nearly constant rain has left fairways and greens at Denver’s municipal courses looking like Augusta National, revenue for May is coming up short.

Both Denver Parks and Recreation, which manages seven courses, and two public courses in Lakewood said their May greens fees are down from 2014.

“I’d say for our combination of courses, we’re down about $100,000 for May,” said Craig Parzybok, the head golf pro at Fox Hollow and Homestead, the public courses owned by Lakewood.

Parzybok said his two courses saw about 2,500 fewer golfing rounds in May. But so far this spring, rounds and revenue are about even compared to the spring of 2014.

“We had a wonderful January through April,” he said. “So by the end of May, it balances out, and we should be where we were last year at this time.”

Jeff Green, a spokesman for Denver Parks and Recreation, said revenue at Denver’s municipal courses is down 25 percent in May. But like in Lakewood, year-to-date figures are on par with 2014 because of a busy early spring.

He said that in 2014, Denver courses brought in just shy of $1 million in May. He didn’t yet have a figure for this May.

And Green said that all the rain has drastically cut down on the cost to water the course. Plus, the reservoirs are full.

“Our biggest cost is irrigation, and clearly we’ve not had our irrigation systems on for May, so we’re ahead of where we budgeted,” he said.

Green said one upside of three weeks of rain is that with fewer golfers, the courses are not seeing much wear and tear.

“They’re not getting played as much,” he said. “And the overall condition of the turf should remain good throughout the summer.”

Courses in Lakewood and Denver have seen a drop in rounds this month, but the rain clouds have come with a silver lining.