A farm-focused REIT is betting the DTC makes fertile ground for cultivating a real estate firm.

Farmland Partners Inc. is planting itself on Syracuse Avenue about one year after becoming a publicly traded REIT. CFO Luca Fabbri will uproot the firm from the northern suburbs for a more recognizable address in a Denver business hub.

“Westminster was a convenient location for a small team of people,” he said. “But as we started to grow and had a lot more visibility with investors, we wanted a location that was a little more in the heart of one of the main business centers in the Denver metro area.”

Farmland moves into 4,500 square feet on the 14th floor of 4600 S. Syracuse St. in June. The REIT will vacate 3,000 square feet at 8670 Wolff Court in Westminster. Fabbri said the company signed for five years at the new office. The building is currently listed at $30 per square foot on a recently updated Loopnet listing. 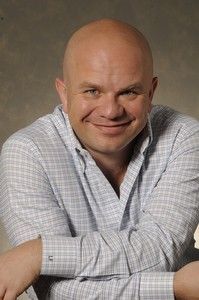 Right now Farmland Partners is working under a month-to-month lease in Westminster. Fabbri said the firm looked at space downtown and around the Tech Center.

“The downtown leasing market carries a premium that, frankly, we didn’t think was getting us a whole lot of value,” he said. “We could get a nicer, bigger space with the same budget in the Tech Center.”

Farmland showed off its new digs by hosting its annual shareholders meeting at the nearby Tech Center Hyatt Regency.

Farmland Partners has nine Denver-based employees. The REIT is traded on the New York Stock Exchange and went public last year in a $44.1 million IPO.

The firm has about 70,000 acres of farmland either owned or under contract. Most of its stock is in corn, wheat, rice and soybean fields, but Fabbri said he’s looking at moving into other crops, including vegetables.

Farmland Partners’ acquisition sweet spot is between about $2 million and $7 million. Fabbri said the company will do smaller deals if it has another farm nearby or some other efficiency. Farmland has done some larger deals, but Fabbri said it runs into competition from major institutional investors when prices creep up toward eight figures.

Most of Farmland’s deals are buy-and-lease-back transactions, where the REIT will buy the land from the farmer who runs it. Farming, Fabbri said, is a much different business from farm real estate ownership, and it often makes sense to separate the two.

“Farmland is like a AAA-rated bond – it’s very stable; it has a little bit of ups and downs, but farmland appreciates rather regularly,” he said. “The farming business is very, very volatile. It’s a better capital allocation for a farmer to take money out of farmland and invest it in the farming operation – tractors and combines and so forth.”

Looking for a more visible spot since going public last year, a farm-focused real estate firm is hoping to grow its business with a move from the suburbs to the DTC.