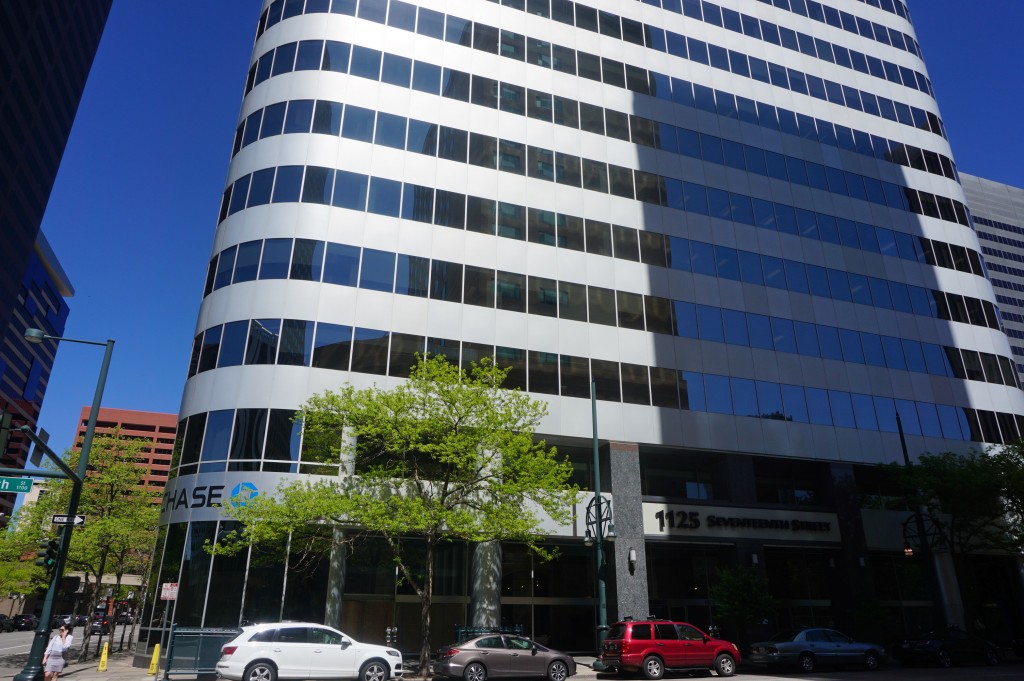 A Canadian firm is moving into a 17th Street office tower. Photo by Burl Rolett.

A mining company is ditching Lakewood for new digs downtown.

“The Coors Field effect, the Union Station work, all those things caught our eye,” he said. “We looked at balancing where our people live and where the connections made sense, and adding the light rail and the airport connection in downtown really made sense for us.”

SRK signed a seven-year lease for the 16,000-square-foot space. The company’s new office is on the building’s sixth floor. And Braun said SRK plans to make the move mid-July.

Braun said SRK will leave about 20,000 square feet at 7175 W. Jefferson Ave. in Lakewood, where the firm has operated its Denver office for the last 20 years. SRK was on a five-year lease cycle at that building with its current agreement set to expire in October.

SRK has been in Lakewood for about 30 years in total. In the past, Braun said, having an office in the Denver area was important, but being near the city center was not a major concern.

“We’ve watched downtown over this period of time and never thought a downtown location would make a big difference for us,” Braun said. “Denver has a history of mining operations – not so much actual mines, but companies that own and operate them – and frankly, there’s no one district in Denver where there’s a higher density of those folks.”

SRK has about 50 employees in its Denver office.

Braun said the firm toured about 15 different properties downtown with rental rates ranging from the high $20s to the low $40s per square foot in brand-new office buildings. He declined to say what SRK ended up paying for its space on 17th Street.

“I would say we were looking at Class A or B space to make the move worthwhile,” he said. “We looked at new construction, we looked at existing buildings, and it was all sort of a calibration process for us.”

A Canadian firm is moving into a 17th Street office tower. Photo by Burl Rolett.

A mining consulting company is leaving Lakewood after more than 20 years in favor of a downtown office tower.