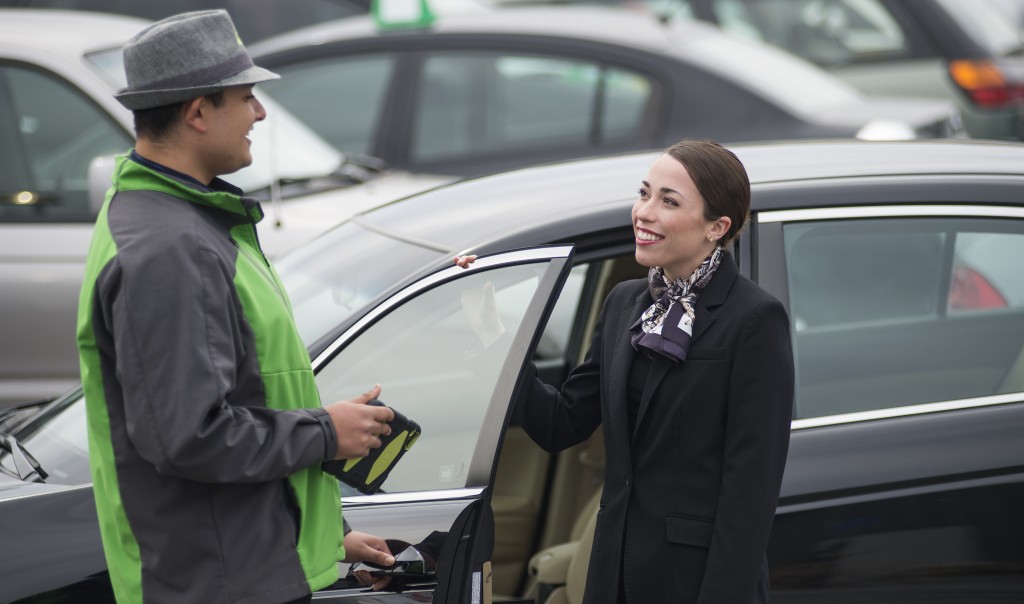 FlightCar rents out people’s cars while they are traveling. Photos courtesy of FlightCar.

Airport travelers who want to avoid parking fees have a new option – if they don’t mind letting someone else take their vehicle for a spin.

Peer-to-peer car rental shop FlightCar launched its Denver location out of a hotel near DIA. The service lets outbound flyers park their cars for free if they let FlightCar rent out their rides while they’re away.

“We’re having pretty good rentals already – we’re probably already in the double digits per day,” said Ryan Adlesh, FlightCar’s head of expansion. “I think Denver as a whole, and kind of the culture there, is more apt to use our type of product in general.”

Denver is the 14th city FlightCar has opened in since its launch in 2012, and the San Francisco-based startup wants to lease its own piece of real estate near DIA. It’s a search that began right as FlightCar began operating in Denver and a challenge that kept it from landing in Colorado sooner.

The Cambria Suites where FlightCar operates is 12 miles from the airport. That means the company is driving at least 15 minutes each way to drop off and pick up travelers. 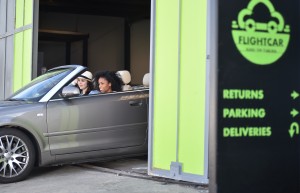 People who leave their vehicles with FlightCar get perks like free parking and a car wash and can make money if the renter drives more than 75 miles.

“There’s not a lot of developed land around the airport, and the airport is quite far from the downtown area,” Adlesh said. “So that presented a challenge with operations and real estate from the get-go.”

FlightCar doesn’t need a ton of space, and its requirements are rather flexible. If the business is running as it should, Adlesh said, cars are out on the road and not sitting at the office lot.

“We could plausibly do 50 transactions in a day with only 10 spaces and only have a few cars parked at a time,” he said.

FlightCar usually leases cars at about 30 or 40 percent less than standard rental companies, Adlesh said, and all of its vehicles are borrowed from airport travelers.

The FlightCar website listed rates as low as $17 per day for an older compact car and as high as $59 for a minivan or SUV for May 5. Renters reserve cars by picking a certain category, for example a compact car made between 2001 and 2008, but don’t pick out an exact make and model.

If a ride is rented out, its owner gets reimbursed 40 cents per mile driven beyond the first 75, along with a car wash and cleaning and free parking, according to the FlightCar website.

And FlightCar insures the cars, too, in case of an accident. As with standard rental cars, renters must return the vehicle with the same amount of gas it left the lot with or pay for the difference.

FlightCar rents out people’s cars while they are traveling. Photos courtesy of FlightCar.

Peer-to-peer car rental shop FlightCar launched its Denver location out of a hotel near DIA, but the California-based startup is looking for its own full-time location.